Horrorcamp 2020 - All information about the second day!

The second day at Horrorcamp 2020 was also full of surprises. We have summarized the highlights for you - have fun!

They were invited as experts for paranormal things, but even before the actual beginning of the second day the ghost hunters left the Horrorcamp forever. During the big ghost hunt in the first night, according to their Instagram post, a momentum of its own developed that the guys from "Die Geisterakten" could no longer identify with. They also wrote that during the stream footage of another team was shown without permission. Obviously they felt not taken seriously by the participants and guests and finally had the feeling that they were no longer needed.

As it seems, the experts left without telling anyone about it in the morning of the second day. When unsympathischTV read their Instagram post live in the stream, Knossi thanked them for their great work and said he was very happy to have been able to work with them. In the meantime the comment function on the Instagram profile @die_geisterakten was disabled, probably because it resulted in a shitstorm of angry Horrorcamp fans. 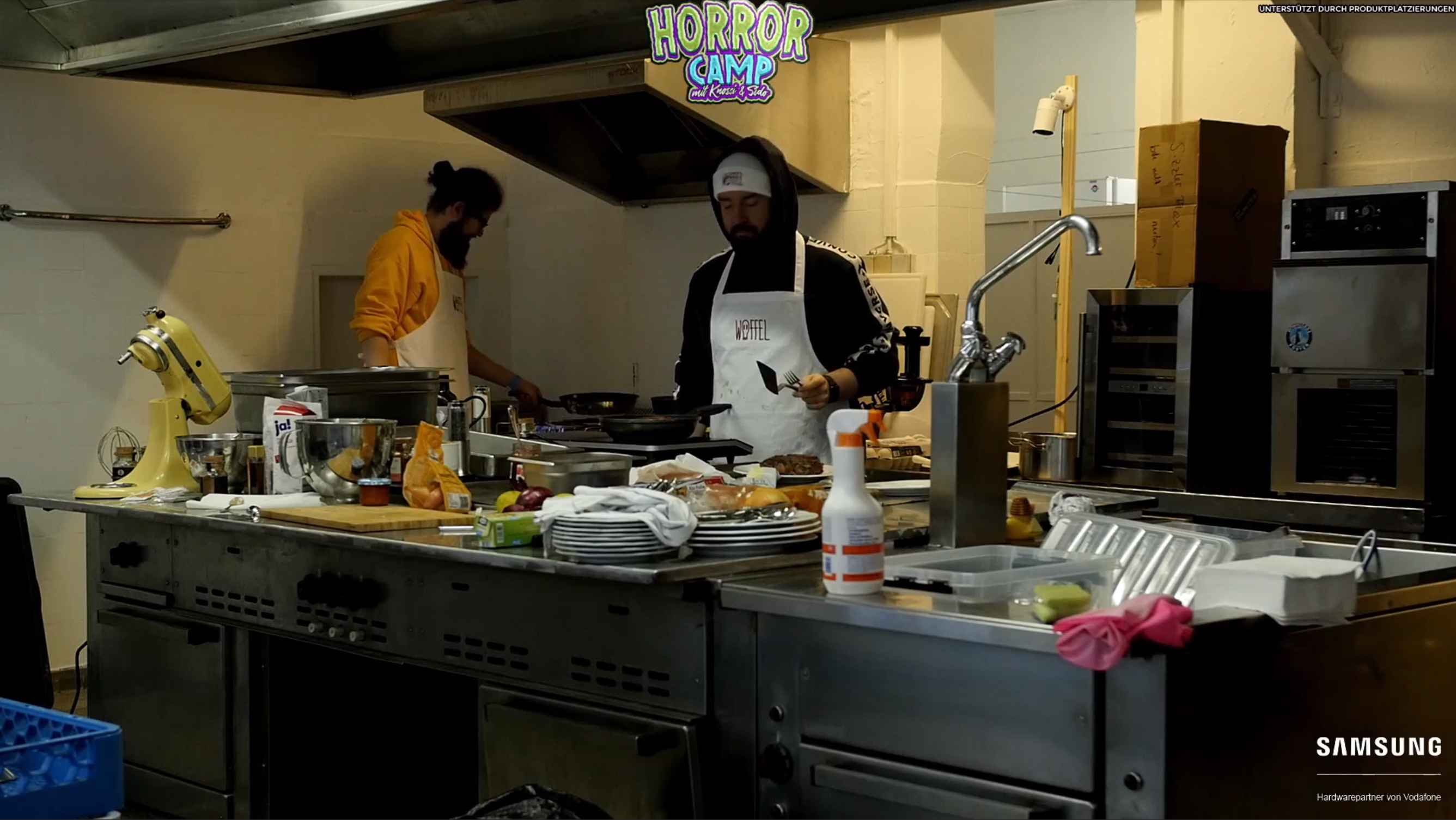 There was a special meal for Knossi and Slavik

On the first day the Horrorcamp participants were served, as already in the Angelcamp by the grill masters "Sizzle Brothers". Gaming- and Cooking-YouTuber "Sturmwaffel" provided well-balanced culinary delights on day 2. In the early morning he prepared a varied breakfast with various tasty specialties, while at noon he prepared steaks and in the evening spaghetti bolognese for the whole group. After a sweaty live performance, Knossi sat down at the dinner table with the expectation of eating a nice bolognese - but he did the math without the audience. They voted that the king should be given a special Halloween dinner. It turned out to be dog food, which Knossi kindly offered right away to his friend Slavik, who had also arrived in the early evening. After a short moment of shock and with their mouths washed out, the two of them were finally served the real Italian cult dish.

Pietro has to go to the Chamber of Secrets and Knossi's mom intervenes by phone!

Shortly after nightfall, singer Pietro Lombardi was ordered by the community to spend 30 minutes in the scary basement room, also known as the "Chamber of Secrets". So when the visibly frightened song contest winner stared into the void, locked up in total darkness, Knossi's mother intervened via phone call and virtually ordered the singer to be freed immediately. As Knossi has often mentioned, his mother really likes Pietro and considers him to be part of the family. After the Horrorcamp, Mr. Lombardi can now thank Knossi's mother for not having to spend the entire 30 minutes in the basement. 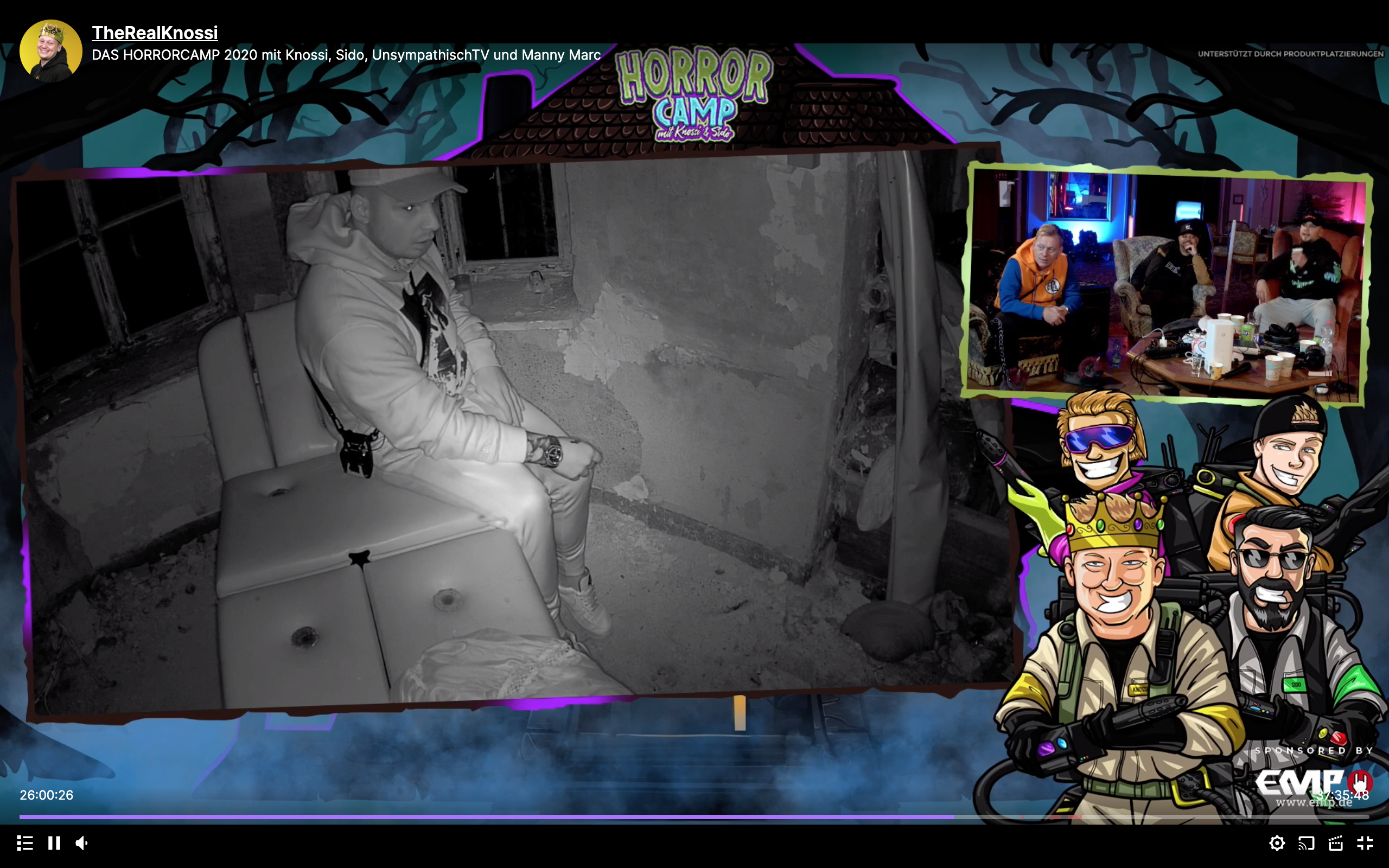 In the evening, the participants performed their greatest hits on a stage specially set up for this purpose in front of almost 250,000 viewers. In addition to Slavik and Die Atzen, Knossi and the professional Sido performed a fantastic show. There were songs like "Astronaut", "Schlechtes Vorbild" or "1000 Tattoos", but two songs also had their live premiere. Knossi performed his latest work "Bücher" and all Horrorcamp participants performed the official song "Keine Angst" for the first time on stage. As in the summer, the live concert was once again an outstanding attraction. There was a fantastic atmosphere and all participants enjoyed the fun. 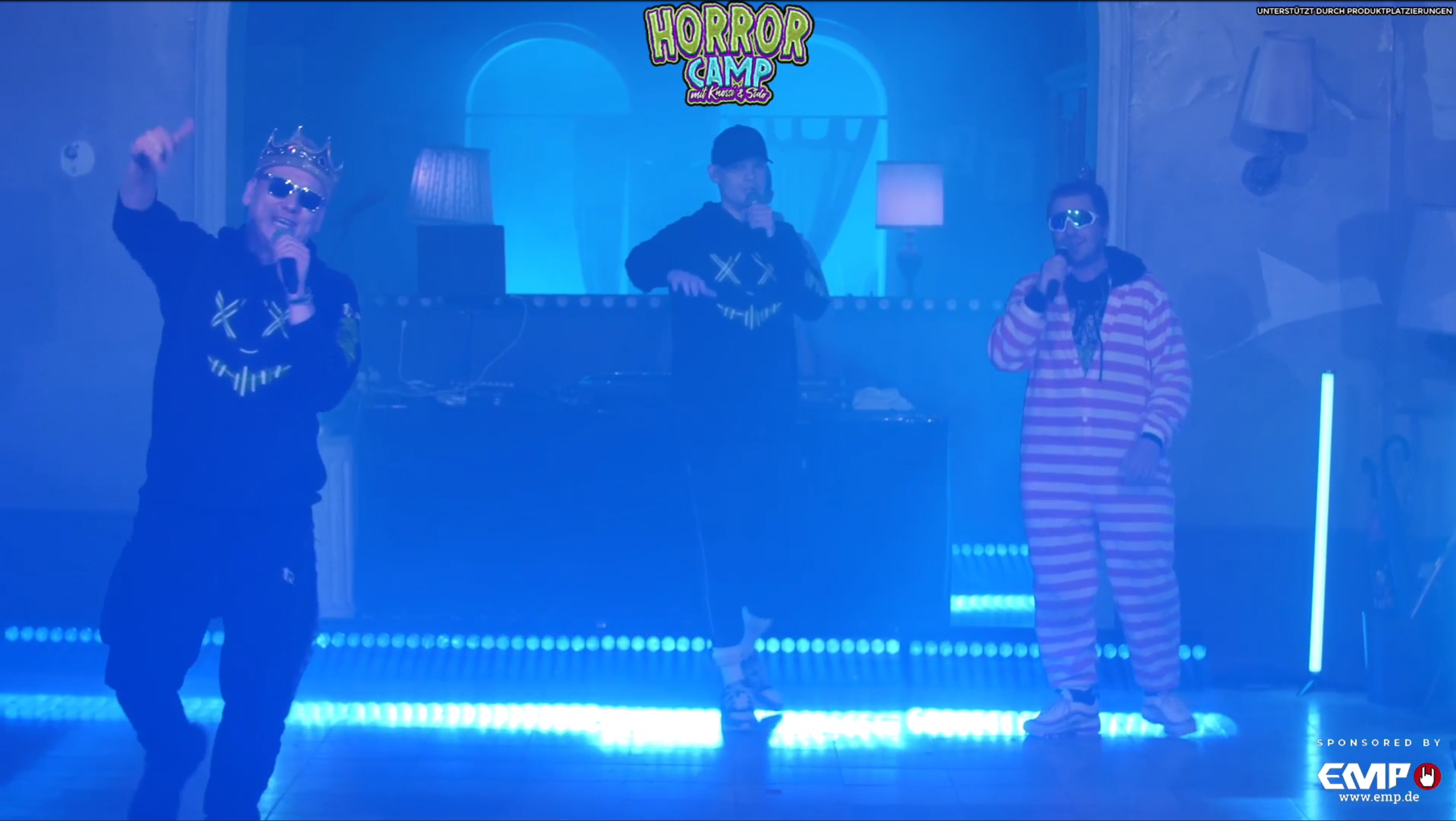