Knossi has always wanted to reach for the sky. His greatest role model is the german showmaster veteran Stefan Raab, as he has often mentioned in various streams and Instagram stories. Now, Raab himself is bringing the king of the Internet into late night business and is letting him host his new show.

It sounds like the tale of a hero whose dream always seemed unreachable and in the end turned into reality. German streamer Jens Knossalla, aka Knossi, follows the footprints of a very great man and earns praise from all sides. "Täglich frisch geröstet" is the name of a new late night show on TVNow and no one less than Stefan Raab is responsible for it. The presenter, who stepped out of the limelight in 2015 to pull the strings more in the background of the TV business, created a show which is presented by a different celebrity in each episode. After actor Ralf Möller, reality TV star Evelyn Burdecki and judge Jorge González, in the fourth edition, an internet star of all people was allowed to play the role of the host.

Knossi gives off "TV-Total" feeling and people really enjoy it

A band, a host table and the guest couch - everything looked as if the popular german late night show "TV Total" was back again and Stefan Raab would enter the studio any moment to welcome the audience. However, quite apart from the cameras, Knossi was getting ready for his first big appearance as TV presenter. Visibly excited, the streamer entered the stage and was already able to bring some laughter in the first few minutes. The man with the crown even managed to shoot a small stand-up program - in good old Raab manner. All social media channels were full of praise and some fans even wrote that the old TV Total vibes were actually revived. What a compliment for someone whose greatest idol is Stefan Raab!

With his usual casual and easy manner Knossi accompanied his audience through the evening and, as befits a late-night show, was also allowed to welcome guests on his couch. After the greeting, Knossi invited his friend Kai Pflaume to the studio, with whom he already spent a whole day in his home country as part of a YouTube video on Pflaume's "Ehrenpflaume" channel. The experienced "Nur die Liebe zählt" presenter helped Knossi here and there with well-intentioned advice during the moderation, but Knossi pointed out that he did it the way he always does. That's how we know the sympathetic streamer - self-confident and quick-witted.

You can watch the complete show here:

Knossi's good friend Slavik, whom many learned to love during the Horrorcamp, also took a seat on the sofa. Among other things, he talked about how he travels through Berlin dressed up as Santa Claus to fulfill wishes of the needy and charitable organizations in the pre-Christmas season. At the same time he also drew attention to his new Christmas song, which will be released on Friday, November 27, 2020. 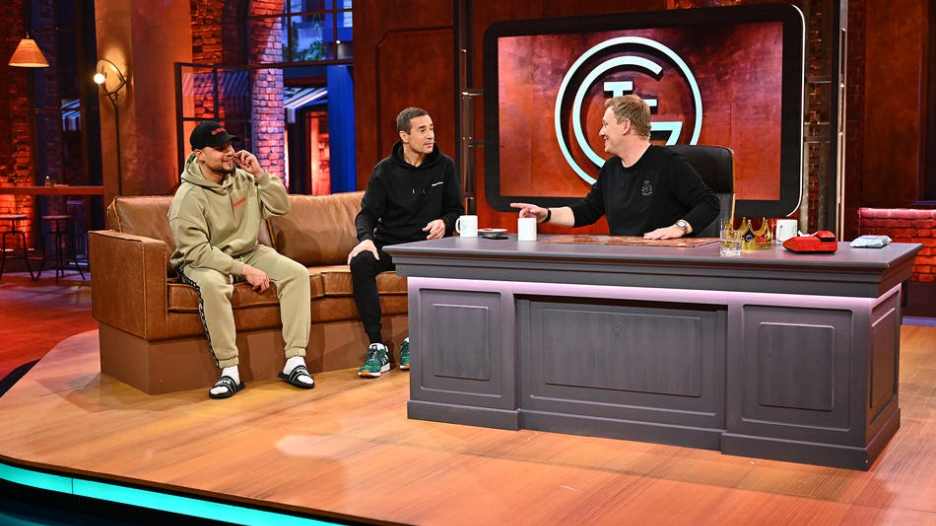