It was a complete success for Trymacs and Amar- the new Twitch show "Teammates" celebrates incredible views!

They announced it in a big way - a show that eclipses everything that has gone before. Many were sceptical because of this somewhat bold promise and could not imagine much about it, but on the weekend at prime time both streamers went into high gear and offered the audience Twitch entertainment in the best "Joko & Klaas" manner - promise kept! 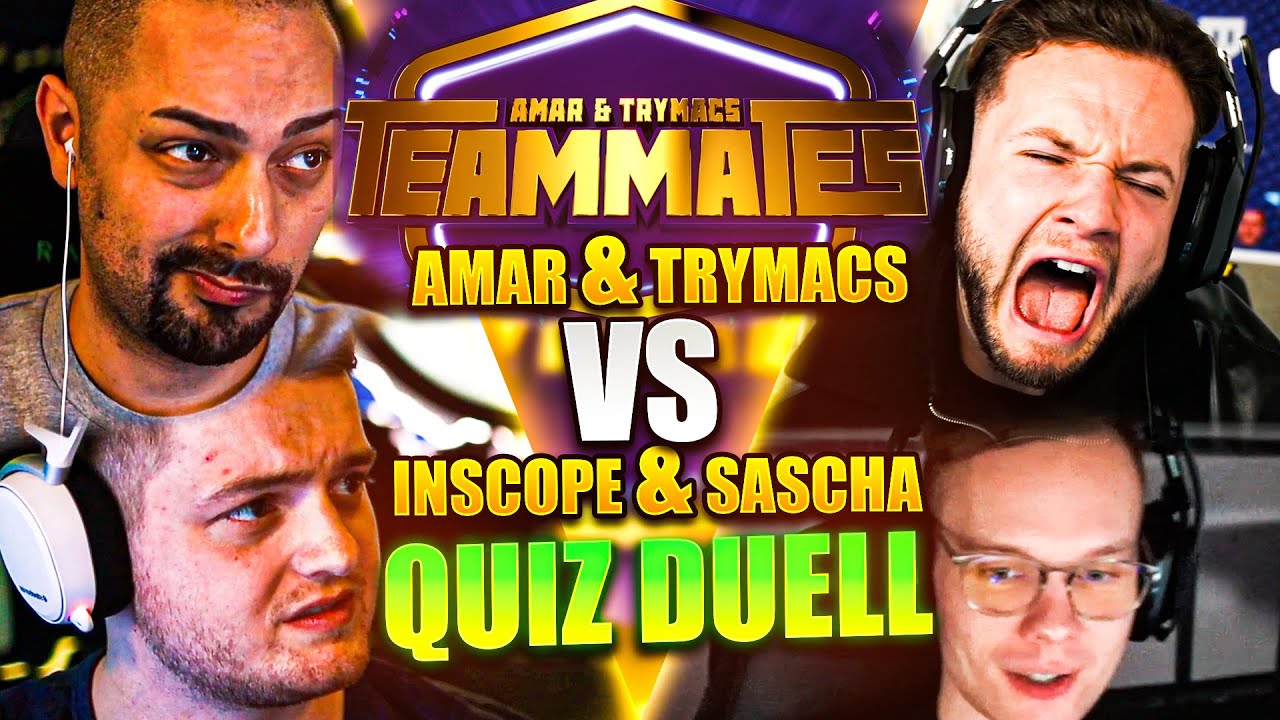 Amar & Trymacs almost reached fishing camp proportions on Saturday! 220,000 simultaneous live viewers tuned in, while the participants in the various disciplines were beating each other about the ears in the most entertaining way. A number that is only reached very rarely in Twitch Germany.

Trymacs and Amar shared the show, which means that the first half was broadcast on Trymac's Twitch channel and the second on Amar's. This way, Amar certainly got the most out of the show. So Amar could certainly benefit the most from the huge success, because even though he is already a familiar face in the creator scene, some of the viewers had not previously had the likeable streamer on their minds.

The 27-year-old sees himself as an entertainer & streamer who has his streaming roots in Call of Duty. He has been streaming for 4 years and was able to collaborate with Twitch greats like MontanaBlack and Elotrix early on.

Entertaining guests and a professional realisation

The concept of the show is that the two creators of the show compete against another team of two and battle it out live in front of the camera for prize money of €30,000. The guests of the first Teammates edition were the successful streamers & YouTubers Inscope21 and UnsympathischTV.

The two creator veterans announced on their social media channels after the show that it was a very cool experience and that they enjoyed the show immensely. This way, the concentrated audience power from four fan camps could be united and such a high number of viewers could be created.

So in 6 hours the two teams fought for victory in table football, games of skill or football darts. Responsible for the strikingly professional atmosphere was a company that has already put on some top-class shows. With a studio and even a presenter commenting on the action, "Teammates" was in no way inferior to big TV productions. So one can already look forward to the next edition of Teammates.