OWN3D NewsEventsHorrorcamp - German record was broken after only 40 minutes
Events

Horrorcamp - German record was broken after only 40 minutes

Only a few minutes live and the guys around Knossi and Sido had already broken their last record with 336,000 simultaneous viewers.

At the beginning of the stream the ghost quartet pulled up in the original Ectomobil. Welcomed by their butler Uwe Preuss aka "Fridolin" the boys moved into their new residence for the next 40 hours.

Besides an escaperoom, four floors of terror and a chamber of horrors, we were presented with their sleeping accommodations. Of course, the boys have to spend the night in coffins.

The location, an old abandoned hotel, is haunted by various ghosts and spirits. Two lads from the YouTube channel "Geisterakten", experts in paranormal occurrences, together with the team, EMFs, infrared measuring devices and night vision devices are trying to put an end to the haunting.

During dinner, which was prepared by the "Sizzle Brothers", the first surprise guest arrived at the hotel. Television host Klaas Heufer Umlauf naturally didn't want to miss the whole event. 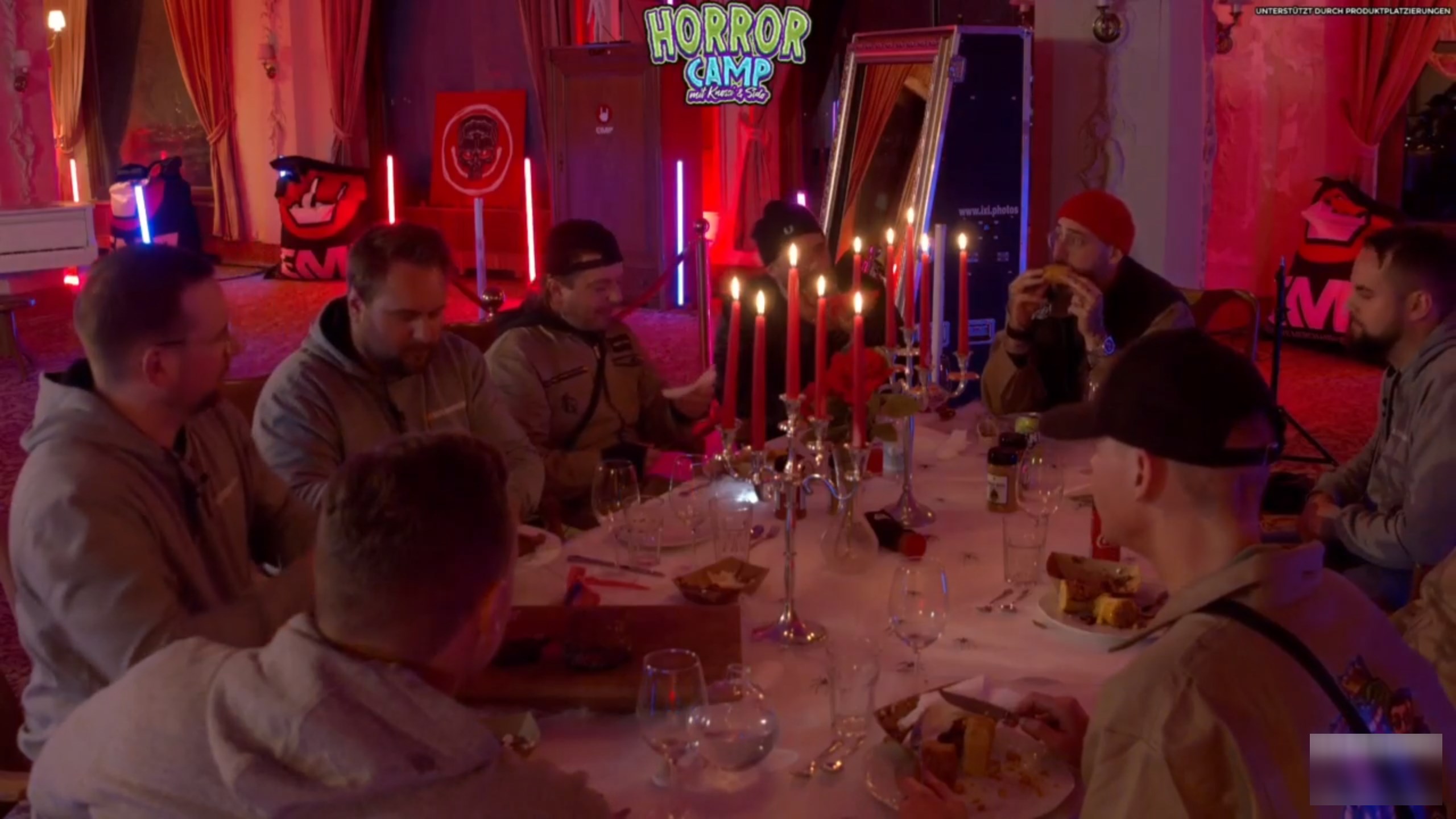 During this event, the viewers are even more involved in the stream than at the Angelcamp. Besides showing their current pulse, polls and votes,Streamheroes.ggusers can collect cards and thus purchase a limited collector's card album afterwards.

On Saturday there will be an Escaperoom and a live concert.

We already know that Pietro Lombardi, among others, will keep the boys company. You can watch what happens tonight live onKnossi's Twitch Channel.

We are curious to see if the record that was broken just now will be broken one more time in the course of the Horrorcamp. We will keep you up to date.