Among Us - Unleash the imposter in you!

This party game from indie developer InnerSloth, which was already released in 2018, is currently experiencing a huge hype on Twitch. We took a closer look at the multiplayer spectacle where friendships are supposed to end.

The recipe is well known: This game is easy to learn, but difficult to master. The graphics look simple but charming and the gameplay mechanics are quickly internalized. If you add some smart multiplayer components, the chances are not bad to create a potential Twitch hype. With an average audience of 35,000, Among Us has managed to become such a viral hit two years after release.

The game, designed for four to ten participants, is available free of charge on mobile devices (Android & iOS) in the App/Play Store. For the completely ad-free Windows version you need to pay 4.99 USD on Steam. Crossplay between PC and mobile is possible and support for consoles is, as developer Forest Willard said, "something we started talking about". However, given the success the game has had, it's safe to assume that sooner or later we'll also try to track down the imposter on the PS4/PS5, Xbox/Xbox Series and Nintendo Switch with our little space crew.

Or are we the crooks who do everything to shamelessly trick and eliminate the other players on the map?

On a spaceship, the crew has to complete various small tasks in order to get all technical functions up and running and fly away. But the utmost caution is required! There is a sneaky imposter on the ship. Disguised as "one of them", his task is to wipe out the members of the crew without attracting attention. If the crew succeeds in completing all tasks or confronting the imposter in time, the surviving players win. However, if the well-camouflaged assassin manages to sabotage the mission unnoticed and send all players to the afterlife, they can win the game. Depending on the size of the group, there can even be two traitors in one game. If a player discovers a corpse lying on the ground, the round is interrupted abruptly and a poll starts. The players have the opportunity to discuss who may have behaved conspicuously. Here, too, the imposter must act cleverly and with caution, not to draw attention to their actions. The player with the most votes is thrown from the spaceship and cannot continue to participate in the game. If the actual intruder gets the most votes, the crew wins immediately. If the "wrong" one is chosen, the hunt continues. 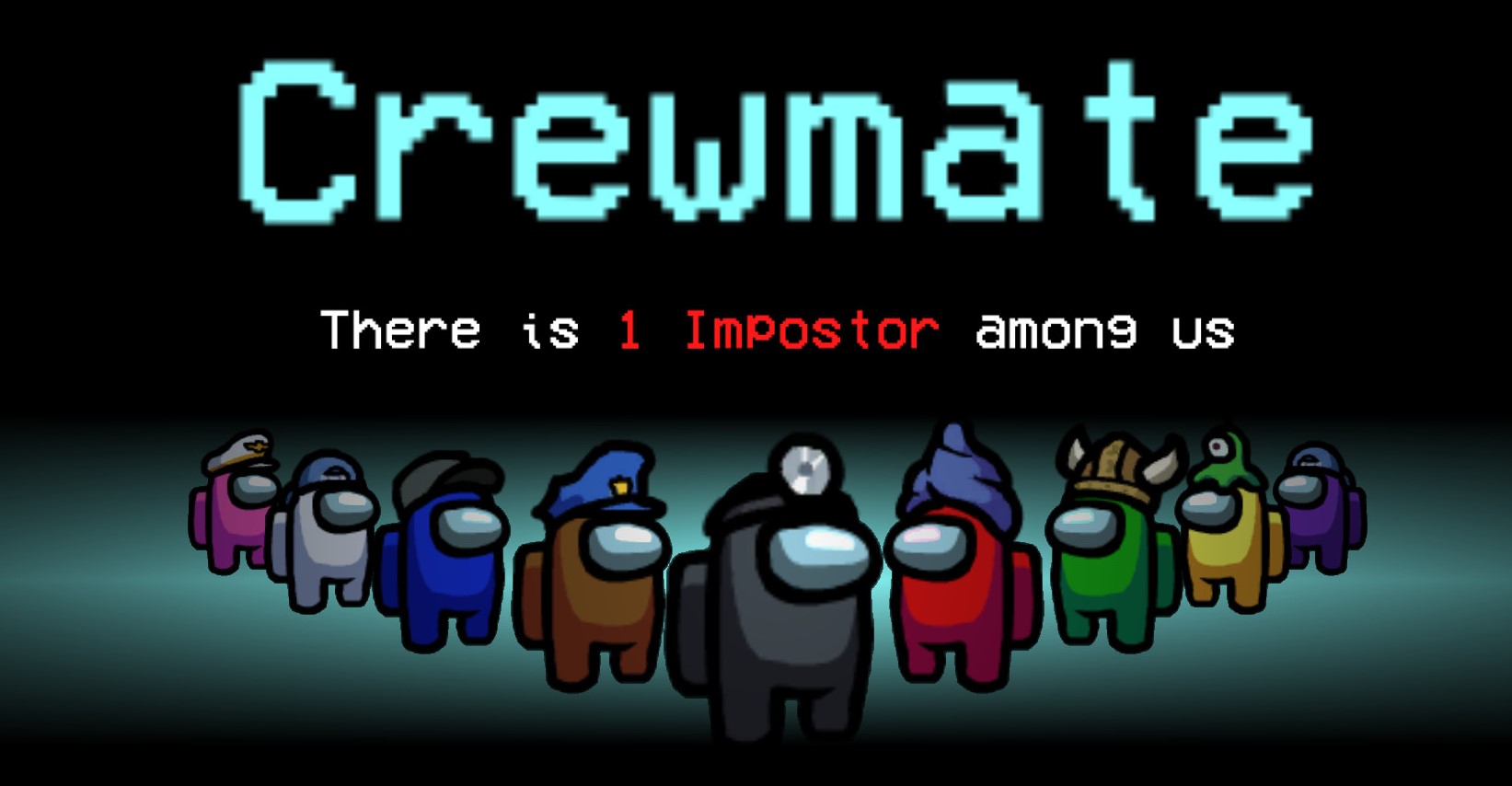 Cheater problem in Among Us

Ironically, InnerSloth's three-person development team is also likely to be on the lookout for cheaters, as their game is currently being plagued more and more by cheaters. Certain hacks, for example, allow you to manipulate the game in such a way that you can win by pressing a button or increase your character's movement speed. Of course InnerSloth is aware of this problem and is already working on ways to stop cheating as quickly and effectively as possible so that honest players can continue to have fun without being bothered.

Stream Overlays for Among Us

Do you plan to stream Among Us live, or do you stream it already? Let your viewers become part of the crew! In our shop you will find, among many other designs, a stream design especially created for Among Us.

Why is Among Us so successful?

Whether as a streamer, as a viewer or as a player with friends - Among Us simply makes you happy. It's an entertaining with a simple, easily accessible game principle. The game requires very little hardware and can be played on smartphones and tablets as well as on less powerful PCs. These basic requirements and the exciting, ever-changing sequence of rounds make Among Us an absolute multiplayer hit.

The discovery or concealment of infamous acts and the resulting funny discussions during the poll or after the round often results in unforgettable moments with various laughing fits or small arguments. That’s why games such as "Murder in Palermo", "Mafia" or "The Werewolves of Millers Hollow" have been very popular for decades.

Whether the hype can be maintained over the next time depends primarily on whether the developers get the cheater problem under control and quickly deliver large updates. The community is currently at its peak and wants to be fed with new content soon. The gameplay is good, but can quickly become monotonous and repetitive in the long run. New game modes, maps, skills and tasks could help to keep the players happy. Competitive elements such as leagues or a level system should also be considered in order to guarantee long-term motivation. If InnerSloth misses the connection here, Among Us can disappear as fast as it became the favorite of many streamers.

But hype or not: For a fun evening it is always worthwhile to get a few friends and play Among Us together. Fun and excitement are guaranteed here!