Cyberpunk 2077 is already in the hands of some players - Twitch-Streamer might be sued!

On 12/10/2010, after several delays, the next game of the "The Witcher" makers CD Project Red will finally be released and although there are still almost 3 weeks to go until the release, many players already own a copy of the most expected game of this year.

As early as 2013, CD Project Red announced Cyberpunk 2077 with a brilliantly staged teaser, making roleplaying game fans' mouths water. Then things stayed quiet about the game for a very long time and at no later than 2015 when The Witcher 3, which is considered by many people to be the best roleplaying game of all times, was released, many fans wondered what the state of Cyberpunk was.

As CDPR later announced, the development of the game was only really boosted after the release of The Witcher 3. The role-playing game originally announced for April 2020 has been postponed three times so far and is now finally to be released on December 10, 2020 to the crowd of eager Open World fans.

The game was already finished a few weeks ago and made "ready to ship" for retail. This means in reverse that the finished copies of the game are lying around somewhere, just waiting to be shipped to the retailers and players. CDPR is currently working on the Day-One-Patch, which will fix bugs and minor issues until the game is officially released. Now Reddit users are reporting that they already own the game in its delivery state and are driving the first rounds in Night City.

Clearly, there are some black sheep among the lucky ones, who don't mind spoiling other people and talking about the game. There is even an uncut, 20-minute video with gameplay scenes, which probably shows the whole beginning of the game. 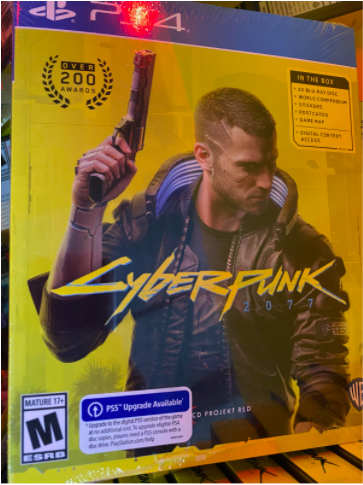 The 20-minute clip comes from a Twitch streamer, which apparently already owns the game and has played live on the PlayStation 4 Pro. With only 52 viewers, the livestream received little attention at first, but the recording spread rapidly on the web, so that CD Project Red also got wind of the whole story and immediately announced legal action against the streamer. So it seems that the so-called "Street-Date-Embargo" was broken, which strictly forbids the distribution of gameplay material before it is released.

Which consequences the leaker must fear now, remains to be seen. For CDPR there is a lot of extra work to do besides the already stressful release preparations, because the developers are currently busy removing the video from all sources.

If you buy the PS4 version, you will get a free upgrade for the PS5

Both disc and digital purchasers from the PSN store can look forward to a free upgrade to the PS5 version of the game, which is scheduled for 2021. Although the PS4 version on the newly released next-gen console offers some improvements such as 4K and 60fps, the "real" PlayStation 5 version is expected to be fully adapted to the new console and will offer more than just minor improvements.

What this means exactly is probably only known by the developers themselves. Even the exact release date of the next-gen versions (PS5 and Xbox Series X) of Cyberpunk 2077 has not been mentioned yet.