Google's cloud gaming service Stadia is supposed to make YouTube streaming more accessible to everyone. This should make it possible to stream games like Cyberpunk 2077 with just a few clicks.

Last year, Google released Stadia, its in-house cloud gaming service, and did not only make friends with the rollout and the payment model. After an initial hype about the new technology, the number of players and subscriptions dropped significantly a few weeks after the release, which was certainly also due to the rather poor selection of games. If you look at Stadia today, one year later, you can see that Google has not yet given up hope for its own service, because more and more games implementations are being published and new features are being introduced. Now, the release of Cyberpunk 2077 could ensure a significant increase in player numbers.

Streaming for everyone - Google provides Stadia with a convenient feature

Google already made it unmistakably clear before the service's release that Stadia's range of functions will be expanded step by step. Now, an option has been added that allows users to easily transfer their game session to YouTube. So, if you play the freshly released RPG masterpiece Cyberpunk 2077 on Stadia, you can broadcast your gameplay to the world as a livestream. And it only takes two clicks. This is where Stadia clearly benefits from the seamless integration of YouTube, which obviously belongs to Google.

You can also create a voice chat with your friends via YouTube while playing and streaming games on Stadia. So if you want to broadcast your game live and chat with your viewers and friends at the same time, you can do so from now on. Of course, the streaming option also offers the possibility to comment on the streaming action in the conventional way, as it is common on Twitch & co. Unfortunately, there is not yet a camera feature that allows you to show your face in addition to your gameplay.

How does Cyberpunk 2077 perform on Google Stadia? 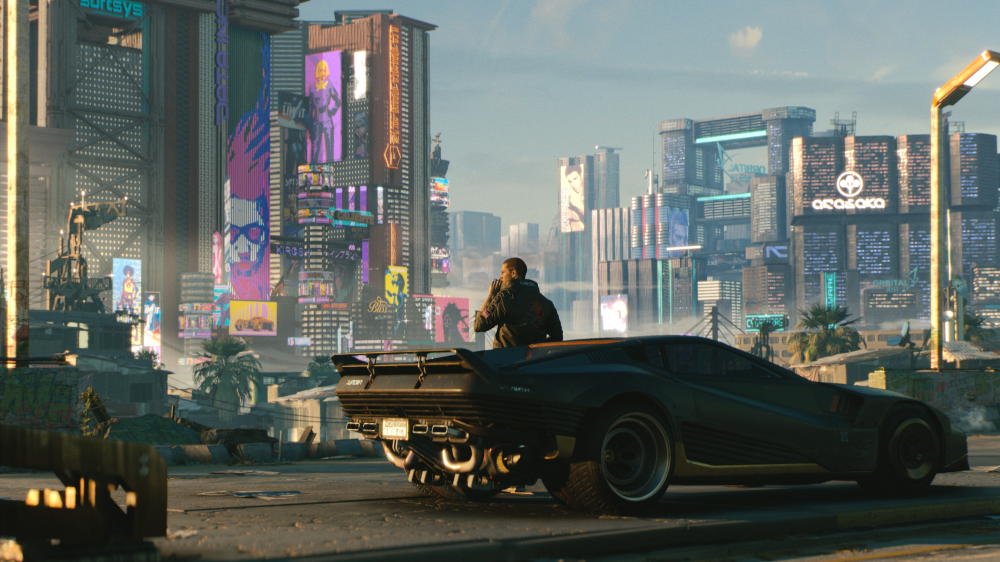 In addition to the PC, Playstation and Xbox versions, the highly anticipated game has also been released on Google Stadia. But how is the performance and can the cloud gaming version keep up with the quality of the PC version?

According to reports on Reddit and Twitter, the Stadia version of Cyberpunk 2077 runs surprisingly well. The game runs at constant 60 FPS and the graphics and resolution are even better than the console versions. Minor lags are reported here and there, which is probably due to the connection quality between the Google server and the player rather than the game itself.

The console version is not what players had hoped for on the release day.

However, the reports of many users who complain about the game's general performance and visuals are increasing. Especially the console versions of Cyberpunk 2077 are not up to the current standard. There are graphical errors, washed-out textures and other impairments. The game also seems to have a lot of bugs, which is probably the reason for the almost 30 GB large day-one patch that has been available since yesterday. However, it is not yet possible to say whether the problems will be solved. As we know from CD Project Red, we can expect further improvements in the form of patches in the next few days and weeks.