What's the deal with the man who has been streaming (almost) continuously for 27 days?

Is this already Big Brother 2.0 or still Twitch? That's certainly what many Twitch users have been asking themselves in recent weeks, because American streamer Ludwig Anders Ahgren has been live on Twitch more or less continuously for almost a month. The camera is constantly focused on the 25-year-old and thousands of viewers watch as he lives, gaming, sleeps and eats his way through the day. The unusual Twitch experiment has since made waves in the media, and reports of the young streamer, who has been sitting in front of the camera for weeks, are appearing all over the world. 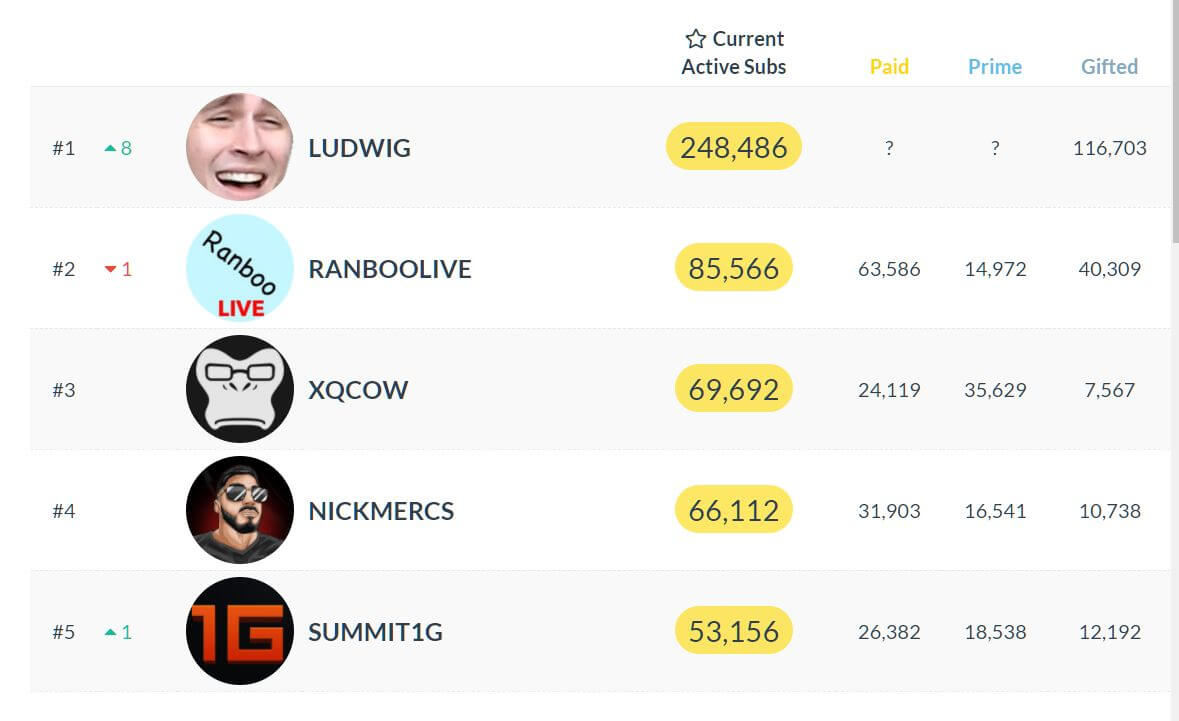 What started as a normal stream on March 14, 2021, turned into a sensational Twitch event with more ups than downs. Ludwig actually just wanted to play with a few friends, but no one would have thought that the whole thing would develop in such a way. So he started a so-called "Subathon" - a word composition of sub and marathon. In concrete terms, this means the following: For every new subscriber, the streamer who called this subathon stays live for a certain amount of time longer. In Ludwig's case, 20 seconds was actually planned for each sub, but this was quickly lowered to 10 seconds after seeing the scale of this undertaking. So Ludwig went to sleep the first night while the stream continued, and when he woke up in the morning, he realized that subscriber numbers had exploded overnight - 28 hours of additional stream time were ahead of him. Since then, there seems to be no end - with nearly 250,000 subs, Ludwig catapulted to the top of the streamers with the most subscribers in just a few days. 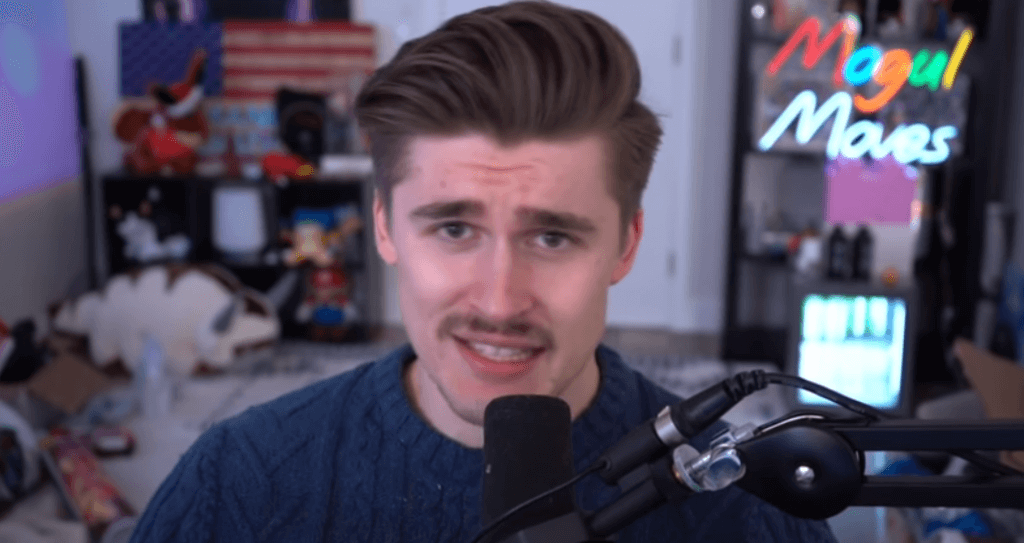 If you've been sitting in front of the camera for almost a month, you can take a little break despite the Subathon promises. The streamer from Arizona has only once been forced to interrupt the stream for a few hours. The reason: a date with his girlfriend. After the relatively short interruption, however, Ludwig was back in front of the streaming camera as quickly as he could. While the stream has developed a certain momentum, not much is missing to break a historic Twitch record. As of yet, the world's most famous streamer Ninja is still the record holder when it comes to having the most simultaneous subs for a Twitch channel, with 269,154. So it should be almost a certainty that Ludwig will break that record before he finishes his Subathon on Tuesday.

Ludwig will end his Subathon on April 13 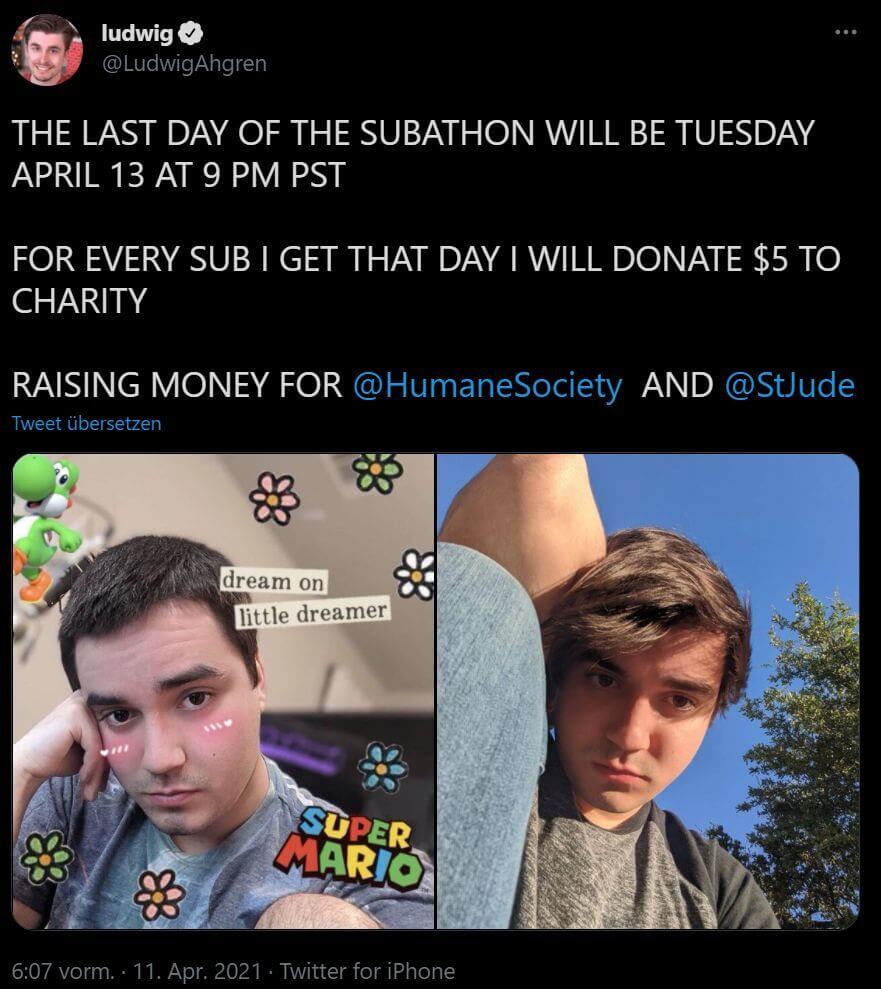 As the streamer announced on Twitter on Sunday evening, he will end his Subathon on Tuesday, April 13, 2021. In doing so, he will donate 5 US dollars to charity from every sub he gets on that day. That his Subs thus in. It should be clear that his subs are likely to shoot up once again as part of a charity event.