Yesterday, the gamer started his big comeback stream on Twitch right on time. As it appears, his viewers missed him so much that he was watched by an average of over 120,000 viewers.

The fans got a common sight, because unlike originally planned MontanaBlack welcomed his audience last night around 22:00 not from the hotel or the beach, but from his usual streaming room. Actually he had planned to celebrate his big Twitch comeback together with many other streamers live from the island of Malta. Due to the ongoing COVID19 pandemic this did not happen. 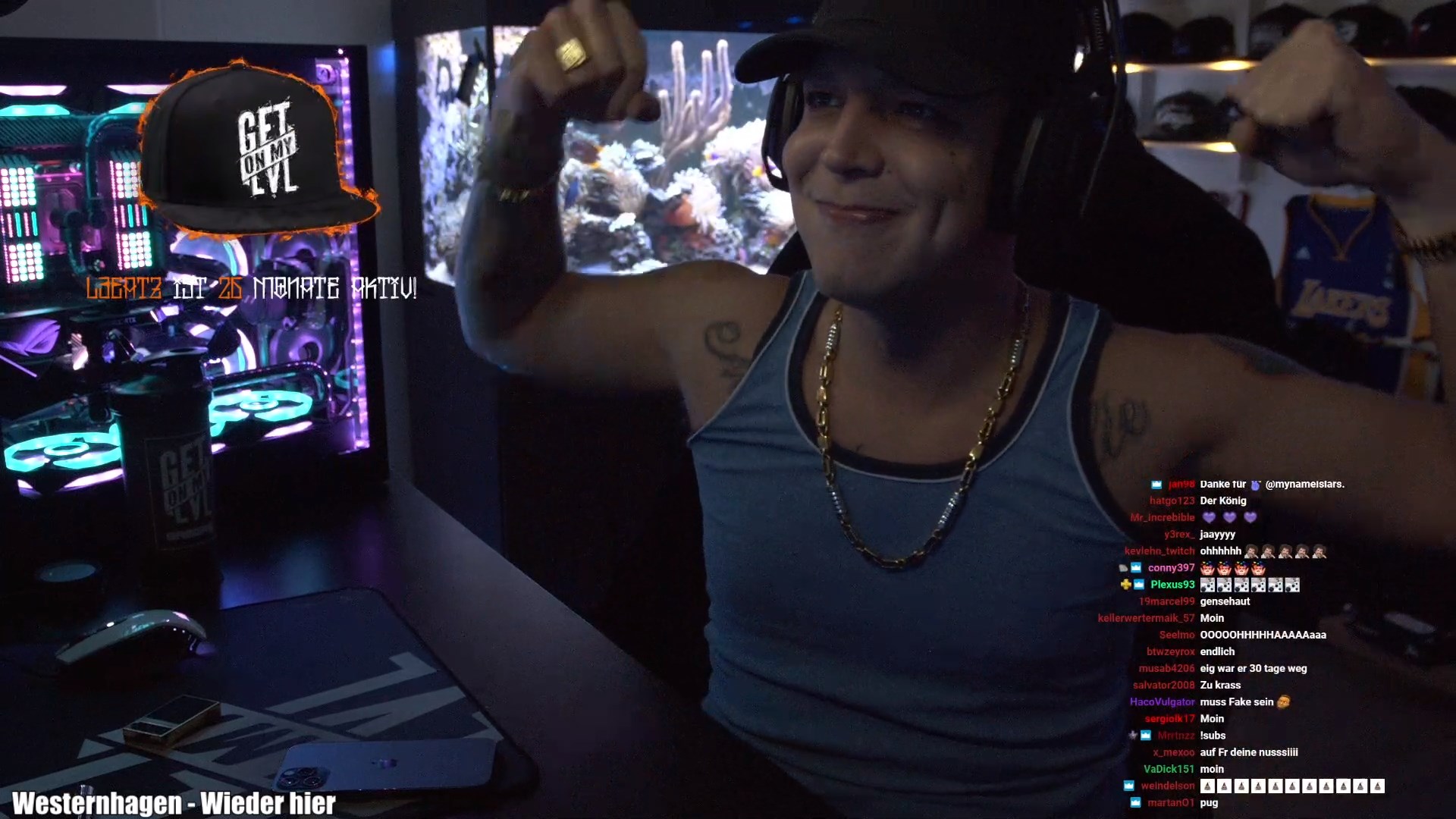 "I would say that I'm a bit out of practice," said Monte, smiling sheepishly and somewhat uneasily into the camera, after he gloriously rang in his stream with the song "Wieder hier" from Westernhagen. Apart from this little self-congratulation there was, as we know it from MontanaBlack, an entertaining and pleasant stream to watch. The down-to-earth streamer from the north sat in front of his audience as if nothing had happened, wearing an undershirt, and talked in a relaxed manner about everything. After his long forced break he obviously felt the need to finally talk to his community again.

He talked again about his mistake in Malta and explained some things that were partly incorrectly and intentionally miscommunicated in the media. Among other things, he reported on how he contacted Oliver Pocher through Instagram to ask him to remain objective and factual regarding the reason for the ban on the RTL show "Pocher - gefährlich ehrlich!". Pocher, who was greeted in the MontanaBlack stream, made a friendly and honest impression, according to the streamer.

But there was also some gaming, since after a two-hour discussion including a big iPhone 12 Pro raffle, FIFA 21 was extensively played. He pulled some packs in Ultimate Team and played a few matches afterwards. All in all the stream lasted over four hours. Eventually Monte thanked his community for their support and announced to post the next streams on Twitter as usual.