Actually, you might think that streaming on Twitch has nothing to do with "real" TV channels, because while Pro7, RTL & Co. Broadcast all day, 7 days a week, most streamers are online 3-7 times a week for a few hours and send their stream live to the internet. But due to the incredible reach and impressive viewer numbers, there are always curious decisions that literally force large streamers to acquire a broadcasting license, because what many do not know: Twitch & YouTube channels are also classified as TV stations in Germany once a certain regular viewer number is reached. This also applies to the Twitch channel of 33-year-old northern light Marcel Eris, Germany's best-known Twitch streamer. 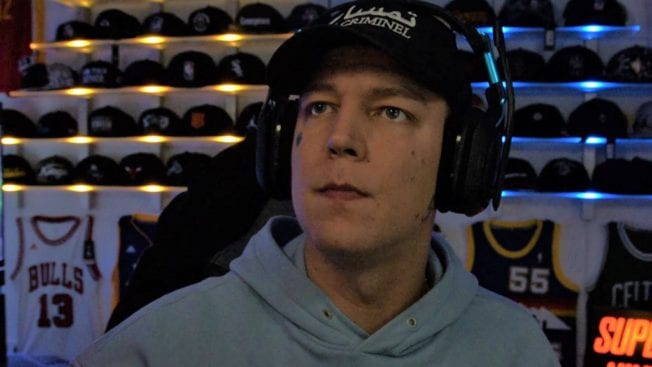 According to the updated Interstate Broadcasting Treaty, content creators and streamers who regularly have more than 20,000 live viewers are required to obtain such a license. With an average audience of 43,000 viewers, MontanaBlack is well above that, which is why the streamer recently received a letter asking him to adhere to this contract in his newly renovated house. But instead of taking the necessary steps, Eris gave a glimpse into his mind during a livestream and told us how much the whole thing goes against his grain. Among other things, he said that the law is very old and, in his opinion, completely outdated in this day and age. He doesn't see the point of being put on the same level as big TV stations, even though he's not even close to being live "24/7", but merely a couple of times a week, and only for 5-8 hours.

Visibly pissed off, he said that he would neither sign the contract nor pay the necessary 10,000 €, i.e. the annual cost of a broadcasting license. Although the costs would not break him, it is a matter of principle for him. Defiant and latently aggressive, he finally got to the point and said that he was thinking of quitting streaming because he didn't want to sign a 20-year-old contract that was created when Twitch and livestreaming didn't even exist. The streamer also made it clear to his business partners that he refuses and that this is it. No matter what MontanaBlack decides - one thing is clear: If he doesn't sign this contract and thus doesn't acquire a broadcasting license, he won't be allowed to stream anymore. It will be interesting to see how the matter develops.