On March 15, 2018, a new viewer record was set on Twitch. The streaming service almost crashed when the streamer Ninja teamed up with the famous rapper Drake. Together they played the popular Battle Royale shooter Fortnite, attracting over 600,000 viewers and breaking Tyler1’s old record by almost 200,000. 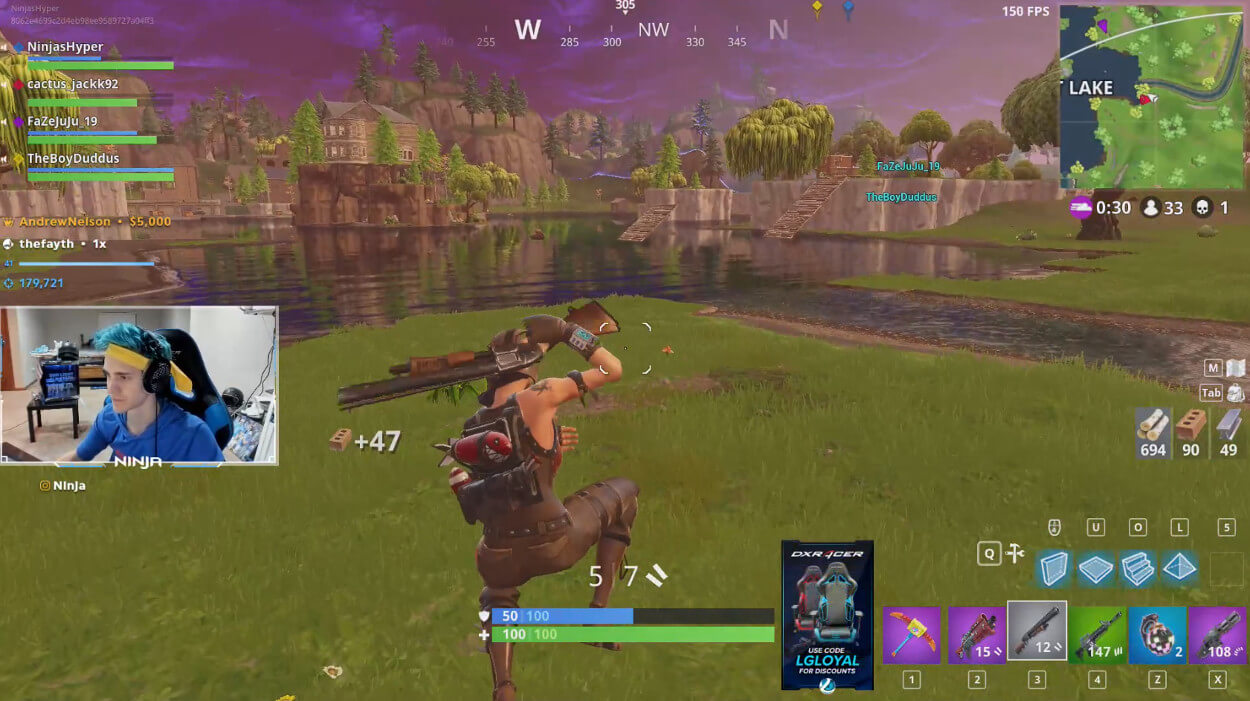 As we wrote in our article about the Tyler1 revival, earlier this year he set a new viewer record after its unban at League of Legends. Back then 400,000 viewers were watching. Since then, this number has been exceeded again and again. But the record set by Ninja and Drake has been the biggest leap upwards for a long time. About 200,000 viewers were already present at the start of the stream and then a tweet from Drake to his 36 million fans on Twitter caused the big explosion.

According to his own statements, the rapper has been playing Fortnite for about two months. During the waiting time between studio recordings he used the time to play. You can watch the recording of the complete stream here:

Watch Squads with Drake, Travis and JuJu you heard me. | @Ninja on Twitter and Instagram by Ninja on www.twitch.tv