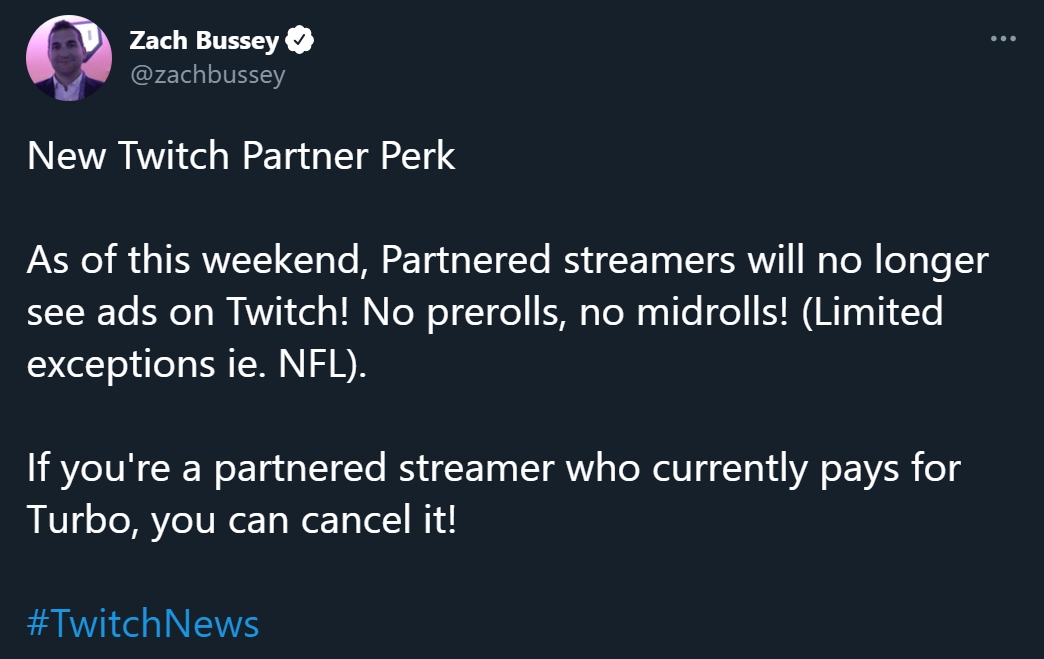 Until now, even Twitch partners had to have a Turbo subscription (€8.99/month) to enjoy Twitch completely ad-free. So when big creators wanted to see for themselves what their colleagues were up to, they were just as inevitably confronted with pre & midrolls, i.e. ad blocks when opening & watching the stream for a longer time, as the common casual user. According to Zach Bussey, this has now come to an end - from now on, partners can click through the channels completely without advertising interruption.

Ad exemption does not apply to the streamer's subscribers 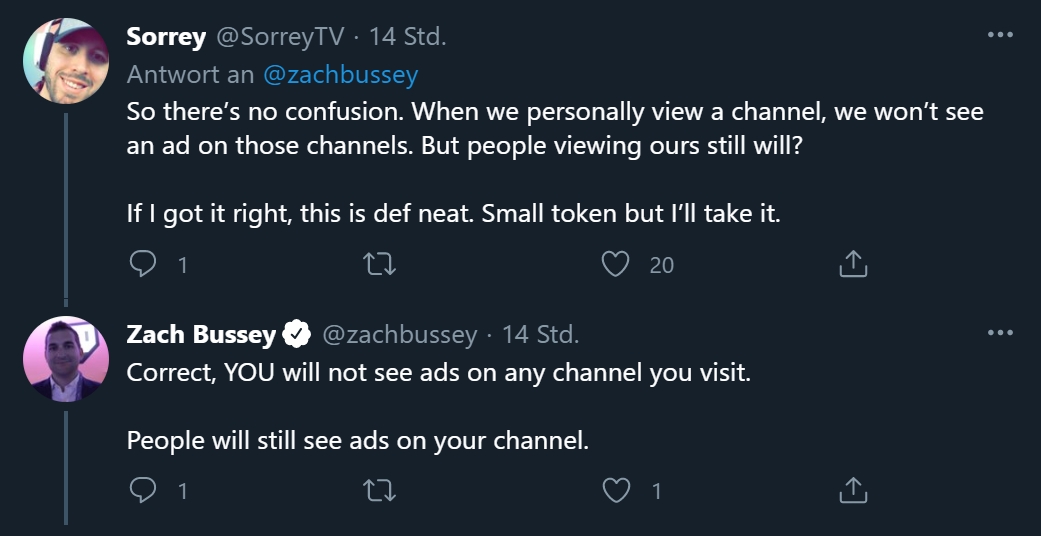 It was somewhat vaguely worded, Bussey's tweet. That's why an attentive creator by the name of Sorrey, who is also a Twitch partner, followed up to make sure that the new "feature" only applies to partners who are themselves consumers of the platform, or to the channel's subs or followers. It quickly became clear that it's all about streamers not seeing ads anymore. People watching a partner's live content, unless they are a Twitch Turbo subscriber, will continue to see the ads that are shown. Also, Bussey announced that partners who have an active Turbo subscription can now cancel it.