Richard Tyler Blevins, also known as "Ninja" (formerly NinjasHyper) is one of the world's most famous tighteners.

Blevins first saw the light of day in Detroit on June 5, 1991. At the tender age of about nine years he discovered through Halo both his love for video games and a certain talent for this medium.

He gained his first fans as a professional player for well-known esports teams such as Cloud 9, Renegades, Team Liquid and Luminosity Gaming. Nowadays his name is known to everyone who is interested in esports or streaming. His international breakthrough came during the Fortnite Hype in 2018, during which time he set record after record and became one of the most successful streamers on Twitch. With blue hair and a yellow headband, he is now an icon of the industry.

After he and some other famous streamers had accepted a lucrative takeover bid from Twitch's competitor platform Mixer, things became a bit quieter around Blevins. Since September 2020 Ninja is back on the original platform Twitch.

On his Twitch channel Ninja streams mainly current multiplayer games like Valorant, Fortnite, Fall Guys and Among Us. After streaming on Twitch since 2012, he switched to Mixer from August 2019 to July 2020. The reason for the change was that his work on Twitch was not appreciated by the platform, the streamer announced. He felt like a "slave" of the platform at Twitch. Even after the change, the streamer continued to criticize his former platform Twitch for misusing his offline channel as advertising space. According to Ninja, an erotic stream is said to have been number one in his channel recommendations for several weeks. 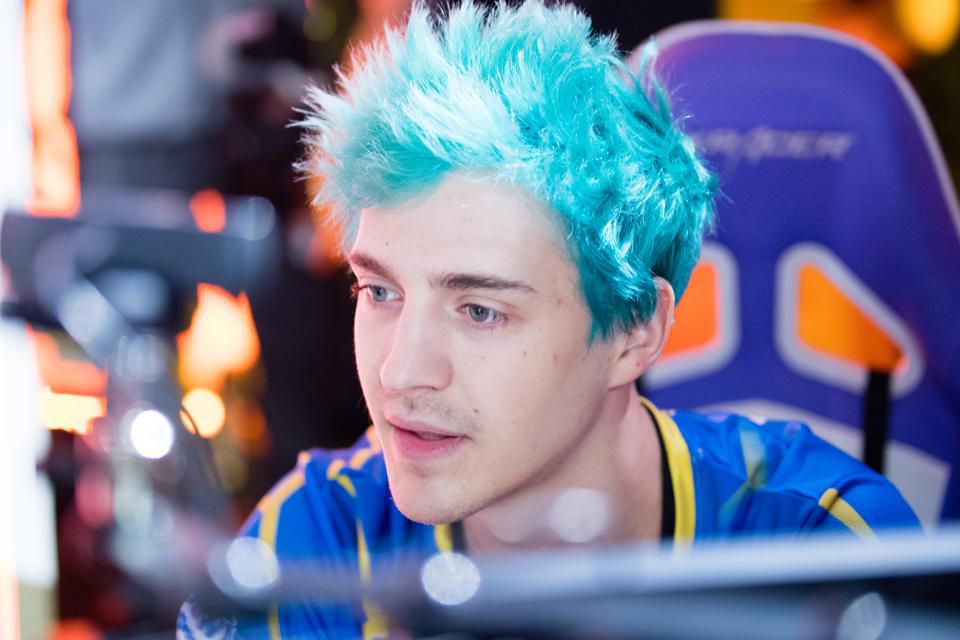 But the tide turned, as Mixer had to stop its service in July 2020 due to the lack of success. Despite the many negative incidents, Ninja announced that he will stream on Twitch again from September 2020. According to his own statement, he wants to give the platform a second chance. According to many rumors not without reason. The streamer is said to have received an exclusive contract worth millions from Twitch.

Ninja's streaming career started with H1Z1 and PUBG and was sparked like with fire accelerator when Fortnite Battle Royale became more and more popular. Today he mainly plays competitive multiplayer games like Valorant and Fortnite. Occasionally, popular games like Fall Guys and Among Us can be seen on his channel. He then publishes some of his highlights on YouTube.

Many of his viewers were thrilled by his exuberant, loud manner and his game skills. While he used to be known for getting involved in a heated exchange of words, Ninja nowadays is less provocative and hardly curses. This is partly due to his responsibility towards his sponsors and Twitch, but also to his personal development over the years. Appearances in TV shows and joint streams or game events with the rappers Drake and Travis Scott, the DJ Marshmellow or the footballer JuJu Smith-Schuster made him much better known outside the gaming universe. His trademarks to this day are his colorful hair and a fancy dance, the "PonPon Dance".

Ninja regularly organizes charity streams, the proceeds of which often amount to several hundred thousand Euros and are entirely used for charitable purposes. 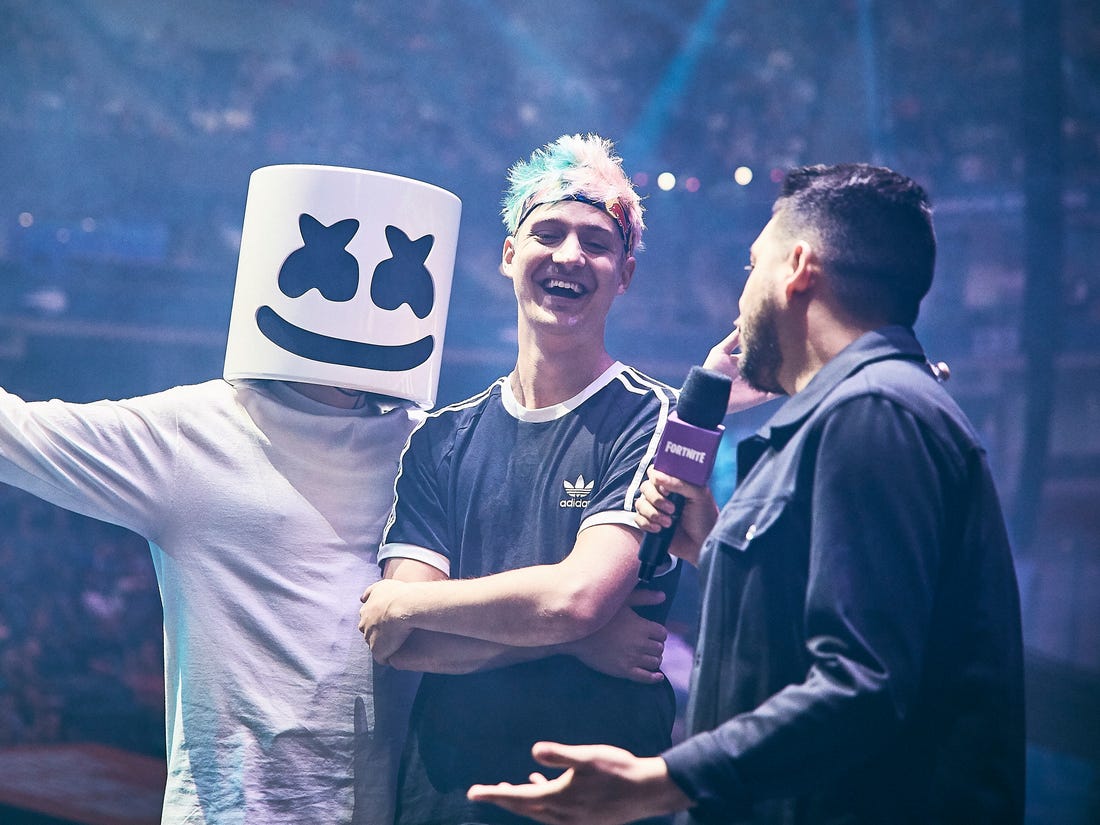 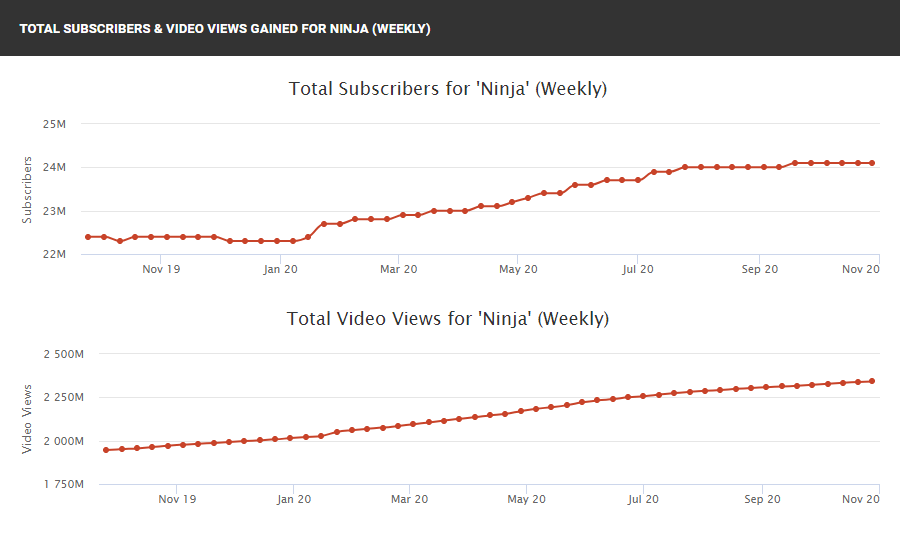 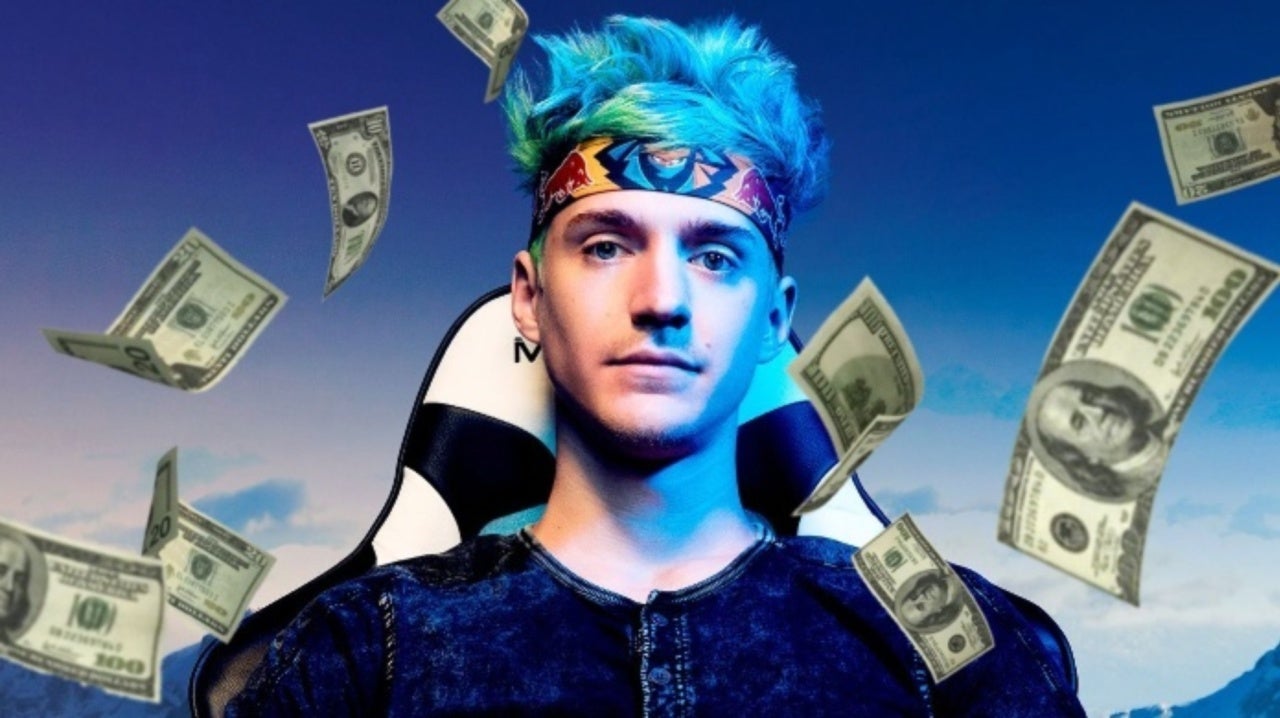 Ninja’s income is composed of many different factors and is subject to extreme fluctuations. Most factors depend heavily on the range of the streamer and the time viewers spend watching his videos. Ninja has the following sources of income among others: