In this article you will learn everything you ever wanted to know about the German YouTuber and streamer "unsympathischTV" - Enjoy!

unsympathischTV (*27.01.1995 in Stuttgart), his real name is Jan Sascha Hellinger, is a German YouTuber, streamer, musician and vlogger. With 2.6 million subscribers on YouTube and 610,000 followers on Twitch, he is one of the most successful content creators in Germany. UnsympathischTV became known through comedy videos on YouTube, where he opened his channel back in September 2014 and uploaded the first video. His content was initially aimed at the younger audience and became more elaborate and diverse over time. Especially the collaboration with other YouTubers brought in many clicks at the time and unsympathischTV moulted to a true entertainer, whose humor is not everyone's cup of tea, but still always imaginative and varied.

Since then, the YouTuber from Stuttgart has continued to develop and has been able to build up an amazingly large community and fan base. In the meantime, Sascha Hellinger also owns a second channel that bears his name, i.e. "Sascha Hellinger". Here he initially focused on producing gaming content, but these videos have since been deleted and no new video has been uploaded for almost a year (as of December 2020). 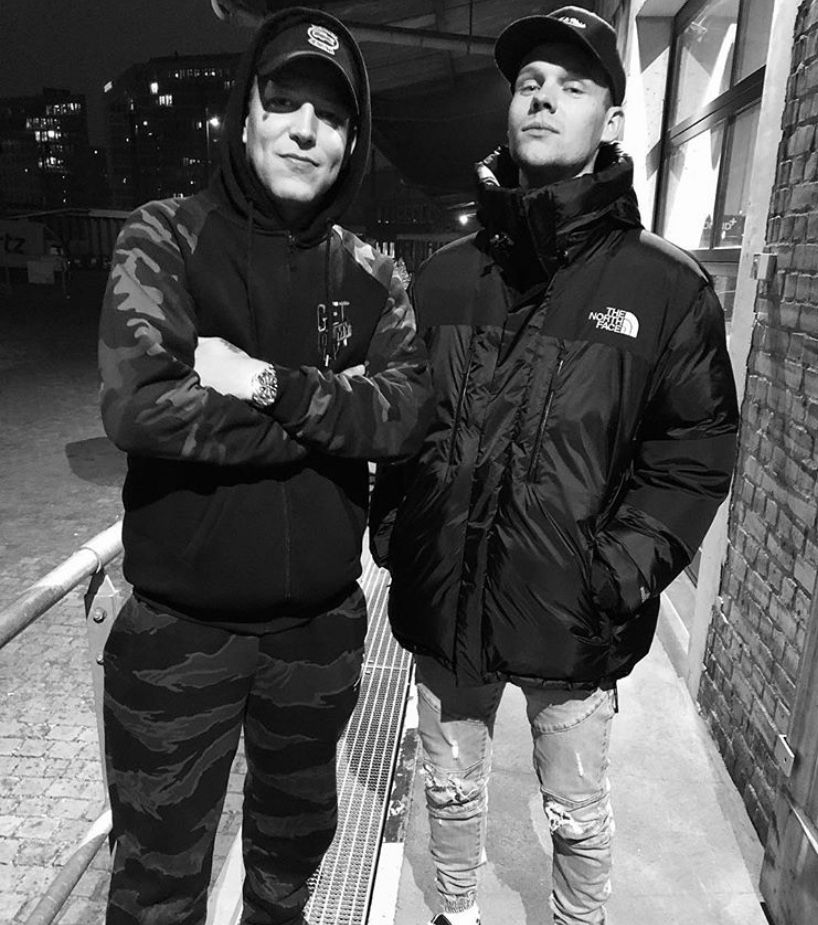 However, unsympatheticTV was able to celebrate its big breakthrough in 2020. Through his friendship and regular collaboration with fellow streamer and entertainer Knossi, more and more people followed him on his channels and even if he is not the biggest YouTuber in Germany, he is a household name to just about everyone who is into the subject.

The platform on which unsympatheticTV is most active is YouTube. YouTube is where his career as a creator started and where he still reaches most of his viewers. On 12.09.2014 he published on his channel the first video titled "Sascha introduces himself". This has a playing time of only 14 seconds and the content is exactly the opposite of what the title promises. Instead of introducing himself to his viewers, you see him looking grimly into the camera after brushing his teeth and letting the viewer know that there will be no more video today. This introduction immediately makes it clear what kind of humor will be fired off on his YouTube channel in the future. Here, the focus is clearly on sarcasm and celebrated irony. The early videos with buddy and YouTuber Nico aka. inscope21, who also comes from Stuttgart and is about the same age as Sascha, are particularly popular. By his own account, a video appears on his channel every Sunday at 18:00, whereby he always takes himself for a ride because he almost never manages to finish editing the video by 18:00. He documents this weekly in Stories on Instagram and by now the statement "New video at 18:00" has become a running gag. 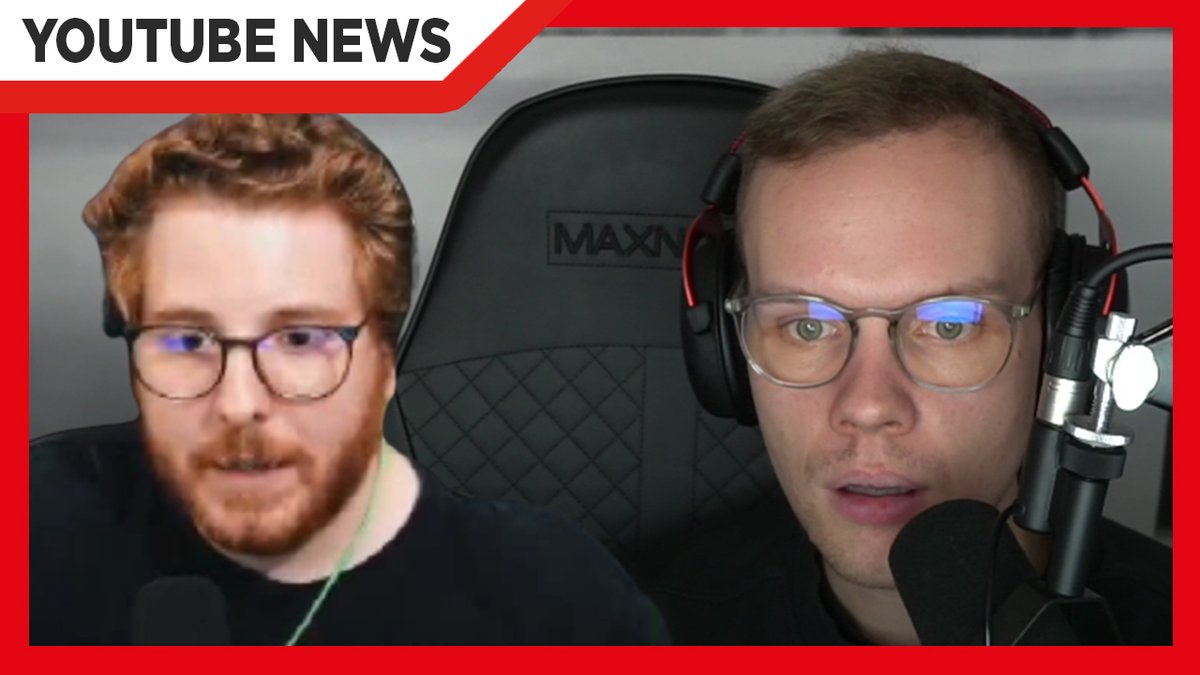 As his fame grew, Hellinger also eventually decided to sign up on Twitch and stream live on a regular basis. The streams usually run for about four hours and involve gaming (including CoD:Warzone, Among Us & Mario Kart), chatting and reacting to the latest videos from other streamers and YouTubers. On the live platform, unsympathischTV has already been able to convince 610,000 followers with his streams, with a strong upward trend. His live streams have an average viewership of 80,000.

Sascha Hellinger was born in Stuttgart and attended the IT high school in Vaihingen after secondary school, where he met one of his best friends, Nicolas Lazardis aka. Inscope21, met. In 2014, he began studying mechanical engineering. Hellinger grew up with two sisters and a brother. His sister Stefanie often appeared in his videos, especially in the early days of unsympathischTV, and still supports him in the entire organization of his channel. In addition, Sascha, like many other YouTubers, does not reveal very much about his private life. In his videos, however, he repeatedly points out that he has a girlfriend, but his community doesn't buy it because they've never seen her on camera. 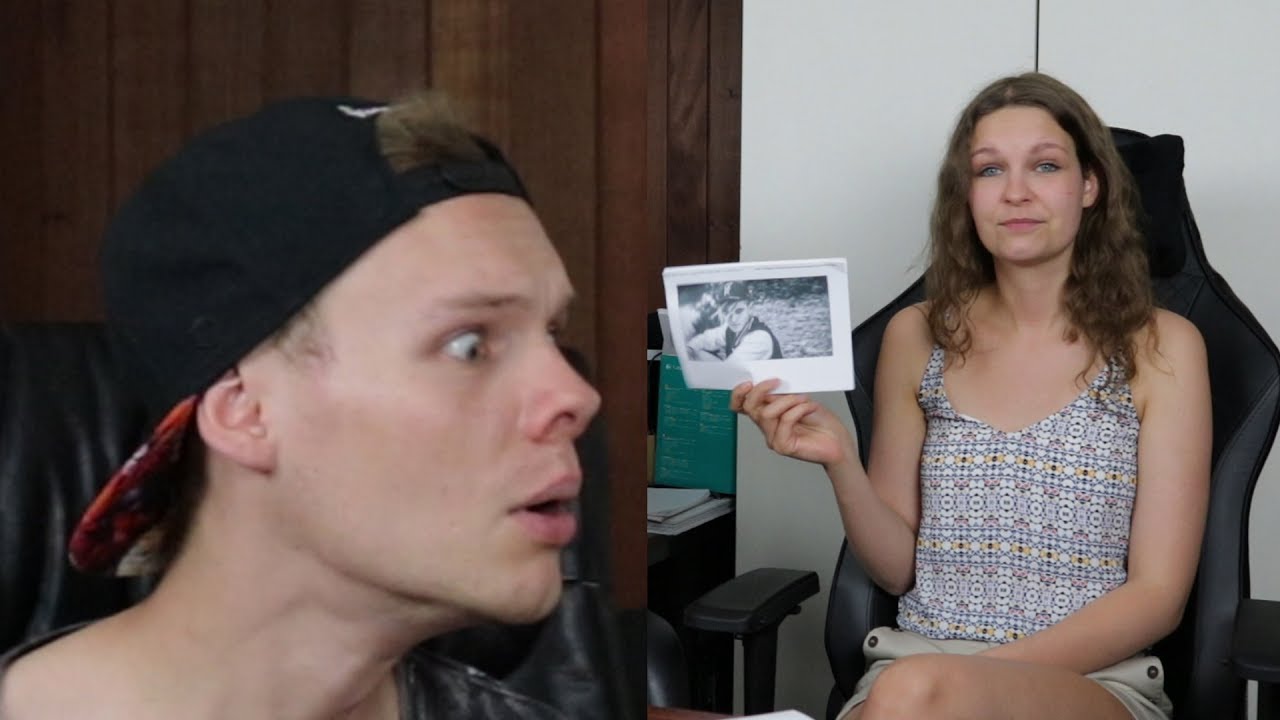 Before unsympathischTV opened his own YouTube channel in 2014, he made a guest appearance in a video by his buddy inscope21, who was already an entertainer on the video platform at the time and had a few subscribers. After inscope's community literally urged Sascha in the comments to create his own channel, the time had come on September 11, 2014. Two months later, he was already able to crack the magic 100,000 subscription mark - at the time, this rapid growth was considered remarkable. His channel became more and more popular until he finally recorded one million subscribers at the beginning of 2017.

Undoubtedly, 2020 is considered the most successful year yet for unsympatheticTV. While his good friend Knossi already started his triumphal procession on Twitch at the beginning of the year, the masses became aware of Hellinger during the fishing camp. He was an integral part of the camp crew and was considered one of the main protagonists along with Knoss, Sido and Manny Marc. During the fishing camp, the German viewer record on Twitch was broken when over 220,000 people watched the livestream spectacle. For unsympathischTV without ifs and buts the biggest success of his career as a creator so far. 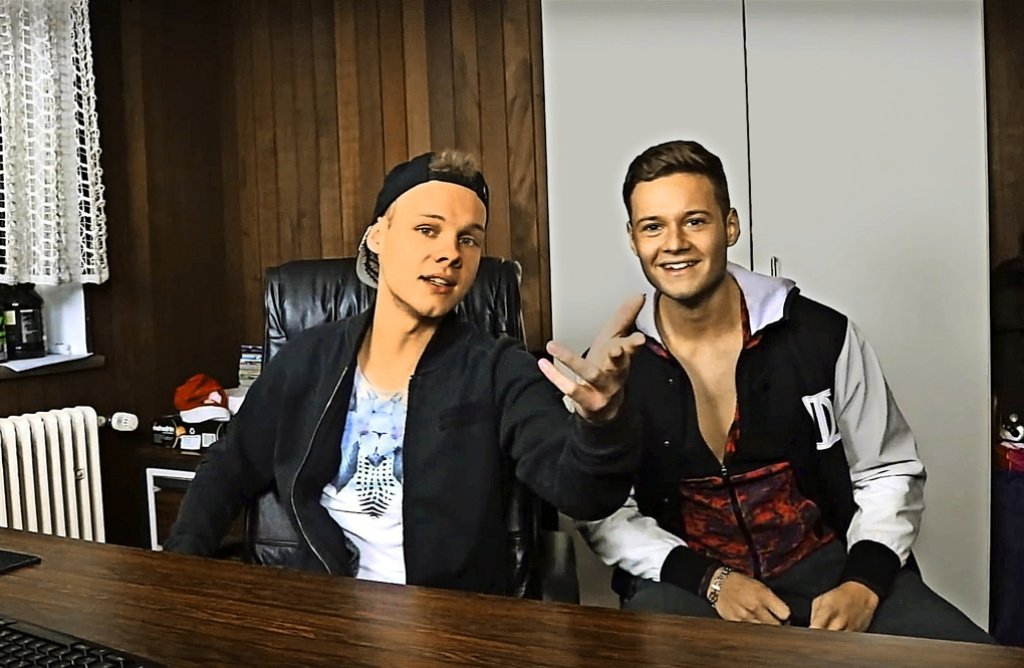 Hellinger won over fans with his calm and reserved, yet likeable manner, and within a few weeks he, too, could watch the click numbers on his channels shoot through the roof. At the latest, his participation in the Horror Camp in November 2020 made it clear that Sascha Hellinger was an indispensable part of both the camp crew and YouTube Germany. Today, his pithy, pointed videos on YouTube regularly cause great laughter among many viewers and YouTube colleagues and millions of clicks within a few hours at unsympatheticTV. His videos are not infrequently regarded as the cradle of various memes and idioms, proving that despite the fast-paced Internet culture, Hellinger is on top of his game every week and not afraid to constantly evolve.

In February 2017, Sascha Hellinger managed to pass the 1 million subscriber mark on YouTube, earning him the gold play button. So within just three years, with hard work and diligence, he was able to generate a massive following that is still growing steadily today. In the meantime, he has more than doubled his number of subscribers, recording a full 2.2 million subscriptions on YouTube in December 2020. The activity of his followers is also above average - each of his videos is clicked on more than 1 million times within 24 hours. 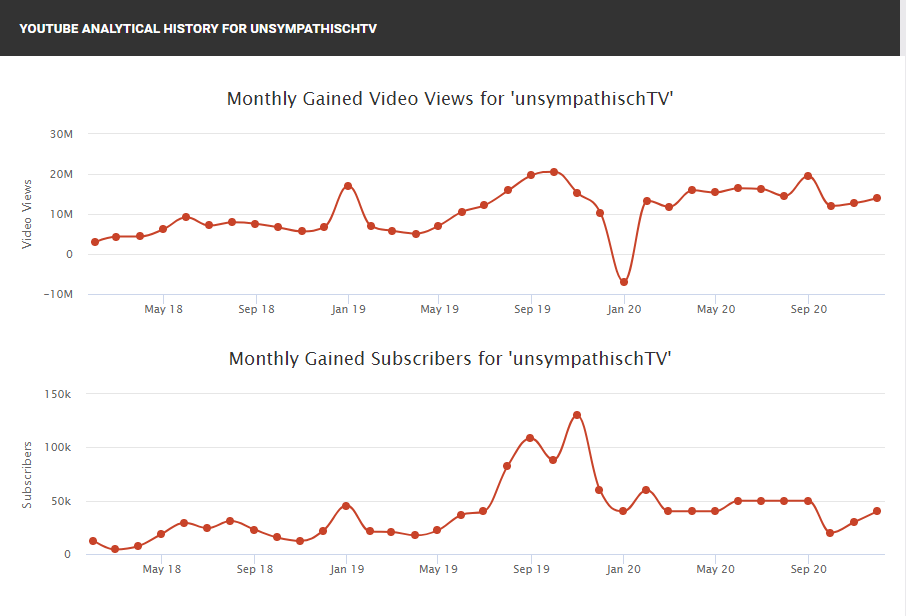 Hellinger has also enjoyed success away from the camera. For example, together with buddy Knossi and the two rappers Sido and Manny Marc, he managed a direct entry into the German singles charts with the theme song to the horror camp "Keine Angst." The song occupied number 73 for a week and was played tens of thousands of times on Spotify and Apple Music.

As far as viewer numbers are concerned, unsympathischTV was allowed to celebrate probably its greatest success on 30.10.2020 during the horror camp. On the evening of the first day, the record of 300,000 simultaneous viewers set in the summer was set after just a few hours. Thus, the guys were creeped out in the abandoned mansion and 330,000 viewers were live. The event was broadcast on Knossi's Twitch channel, but since Hellinger was a permanent member of the ensemble with an extremely high screen time density, this record can probably be attributed to everyone involved in the camp including unsympatheticTV. 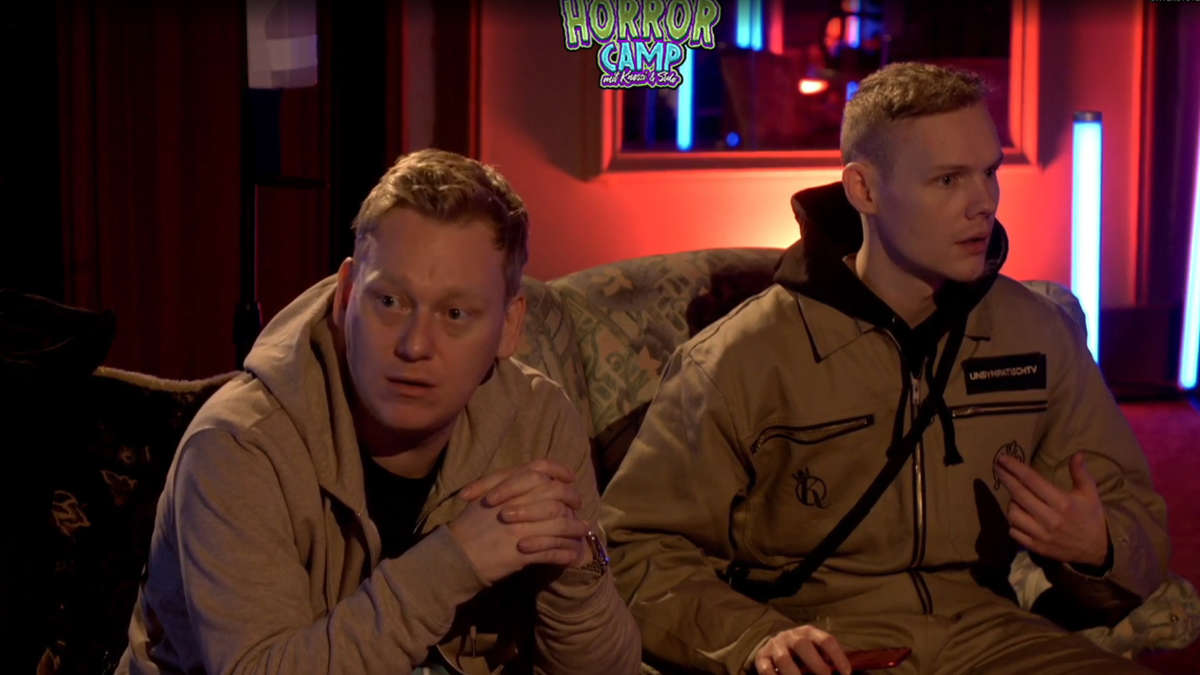 With his unique and innovative content, it is only a matter of time before Sascha Hellinger and his YouTube channel unsympathischTV will win an award.

As a self-employed content creator, income fluctuates and always depends on the current situation. For example, a month with very good advertising deals can bring in ten times the amount of a rather weak month with just a few clicks. Therefore, the monthly income of unsympatheticTV can only be roughly estimated.