OWN3D BlogTipsHow to raid on Twitch - Everything you need to know!
Tips

How to raid on Twitch - Everything you need to know!

Twitch is still the largest livestreaming platform for gamers and is responsible for several established features that are now used across industries. One of these features is the so-called raiding. This feature, which is extremely popular with the community, is not only dead easy to use, but can also help you find new colleagues on Twitch and support existing friends. What Twitch Raids are all about, how to use them and what the differences are between Twitch Raids and Twitch Hosts, we would like to explain in this detailed article.

1 What is a raid on Twitch?

The stream is coming to an end, you're slowly getting your viewers ready to call it a day, and the chat is starting to say goodbye to you. But some of your viewers are still wide awake and ready for more entertainment. So why not take the combined power of your community and send your viewers to another Twitch channel that's live? Twitch Raids allow you to do just that.

Even if a small portion of your viewership still feels like watching another stream, you can make that decision much easier for them by sending them to a channel that you yourself like and think your viewers might enjoy. Twitch Raids are also great tools for getting to know other streamers and making friends, because nice moves like this don't stay forgotten in the Twitch community and you can be sure that the streamer you just gave a bunch of viewers will reciprocate with a similar move sooner or later.

2 Before the Twitch Raid

Raiding on Twitch is actually a piece of cake. Streamers can send their viewers to a channel that has allowed raiding with just one command. The fact is that creators can specify in the channel settings whether they can basically be raided or not. In the past, due to various raids among streamers, there were unfortunately disagreements, which led to the fact that the community is now quite sensitive to the issue. The best thing to do is to pick out a few channels that you could raid beforehand and get in touch with their operators to find out whether a raid is generally welcome. This way you can filter in advance which channels you can raid and which not.

Before the raid, you should also make sure that you inform your viewers that they will be redirected to another channel. For someone who has never used Twitch or is rarely on the platform, technical terms such as raid or host may seem strange. To explain very briefly what will happen next and that you will be offline afterward. Your viewers will then be taken directly to the channel and can join the stream immediately afterward, unless chat filters such as sub-only chat are enabled. Try to condition your community to behave on the other channel as well. After all, you want to do something good for the streamer and leave a positive impression. There's no room for tormentors and bullies. 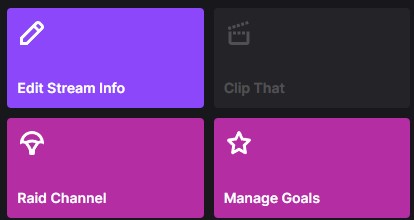 So once you've informed your viewers about what's going to happen next and know that you're going offline, you can enter the Twitch Raid Command /raid [channel name] in the chat. If that's too much trouble for you, you can also visit your dashboard on the Twitch website during the livestream and click the "raid channel" action there. After that, you'll have the option to enter the channel name you're looking for or, alternatively, click through the channels suggested by the Twitch algorithm and choose one there. 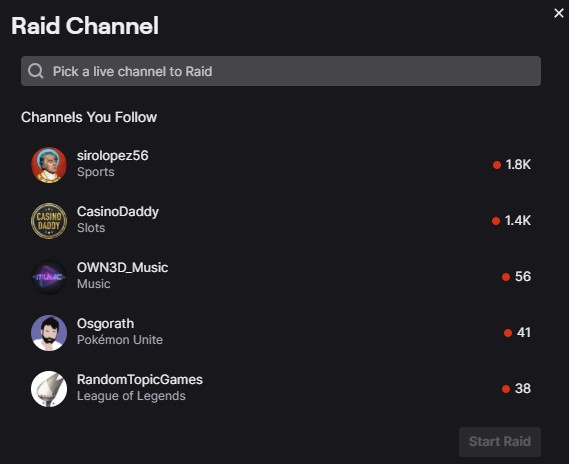 Once you have entered the command to raid or clicked on it in the dashboard, after clicking on the button that appears that says "Raid Now", a global message will appear in the chat indicating that a countdown to the Twitch raid has started. The countdown will now count down from 10 to 0 and after it expires, your stream will not automatically end, but your viewers will be redirected to the appropriate destination channel. After you've made sure that everything went smoothly, you can easily end your stream and sit back. Of course, once you're offline, you can stop by the raided channel again in civilian clothes and see how the creator is pleased and if your community is behaving decently.

Of course, Twitch also gives you the option to make certain settings - both for incoming Twitch raids and for when you get raided. After all, a raid should offer added value for everyone involved and not lead to creators getting into each other's hair or "hate raiding" each other. You can change the following settings.

You can make very specific settings for your raid. One of them is to set chat restrictions. In case you don't want new viewers to flood your channel with messages, Twitch gives you the option to set different chat modes that will then apply exclusively to raid users. Among other things, you can activate emote-only, sub-only, follower-only, or slow chat mode. This way you can individually determine what happens to the chat after the raid and which users are allowed to chat. However, if you activate such restrictions for new viewers, we recommend that you explain your decision in the stream. Otherwise, the viewers who have just joined the raid may feel that they have been put in the wrong.

You have already made acquaintance with some creators on Twitch and basically want to allow them to raid your channel? Wonderful, then you can add these channels to your list of raid-authorized channels. Alternatively, you can set certain settings that allow raiding only to people from your friend list or your team members.

So-called "hate raids" are unfortunately commonplace on Twitch these days. Streamers invite their viewers to raid other channels and cause chaos in the chat. It is not uncommon for unpleasant scenes to occur with insults and bullying. In order to nip this perfidious scam in the bud, we advise you to take heed of the settings presented at the beginning and to define them for yourself. Should a hate raid or other unpleasant incidents still occur, you can use the reporting function on Twitch to report an entire raid to Twitch and ensure that something like this does not happen again.

The functional diversity of Twitch is now gigantic. There are constantly new tools and features to try out. But there are two things that have made Twitch stand out since the early days - and those are the Twitch Raids and the Twitch Hosts. If you take a look at the two features, at first glance you might well get the impression that they are no different from each other, which has already caused some to ask questions. We would like to explain to you what the differences are and in which situations Twitch Raids and in which situations Twitch Hosts are the better choice.

As already described, a Twitch Raid is a feature that allows you to send your viewers to another Twitch channel. There, they are registered as real viewers and can participate directly in the chat and streaming, provided that no restrictions are activated. The users are therefore part of the viewership, as if they had accessed the channel themselves. This means they can watch the Twitch bio, VoDs, and everything else the channel has to offer. There is a direct redirect from your channel to the raided channel. A Twitch raid is a good idea if you already know the operator of the target channel, have discussed the raid with him, or have already had good experiences with raids on this channel.

Twitch hosts also direct viewers to another channel, but only as "silent viewers" who remain largely among themselves. In the case of a host, they are not directly redirected to the channel, but the target channel is merely mirrored. Your channel then plays a broadcast of another channel, so to speak, while your viewers continue to chat with you and cannot communicate with the hosted streamer. The viewer count, however, will be expanded by your viewer count on the target channel. This option is useful if you don't want to catch other streamers off guard and still want to do something good for them.

6 Twitch Raid - what you should consider

When you raid a channel, there are of course some things to consider that are not clear at first. For a better overview, we would like to list the most important things you should consider.

Twitch Raids is a brilliant feature of Twitch that allows you to connect with other streamers and do them some good, offering your viewers a backup stream when you go offline. In the lucky event that you get raided yourself, we advise you to take the precaution of checking Twitch's settings and change certain parameters there regarding incoming Twitch Raids.

Interact With Your Twitch Viewers via Chat

Interact With Your Twitch Viewers via Chat