In this article you will learn everything you always wanted to know about the streamer "Dr DisRespect" - Have fun!

Dr DisRespect (born March 10, 1982 in Encinitas, California), real name Herschel "Guy" Beahm IV is an American entertainer, streamer and content creator. He became known on the streaming platform Twitch, from which he was banned in June 2020. After his ban, Dr DisRespect announced that he would henceforth stream on YouTube. So, since August 7, 2020, he has been broadcasting his live streams on YouTube. 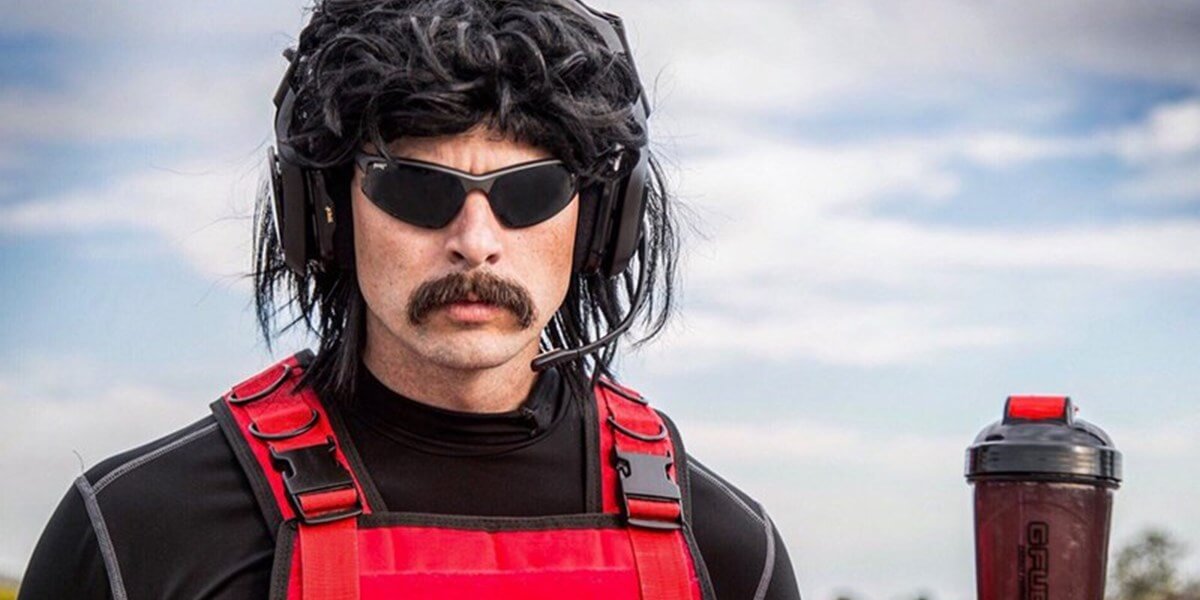 Beahm was able to build a following of 4 million people on Twitch and his streams were always extremely well attended. He is especially known for his physical appearance, which is only a disguise for his shows. His trademark is his upper lip beard, a wig with a mullet cut and his mirrored sunglasses. The look makes him look like an action star from the 80s and the high quality of the production ensures that his streams are always an experience and more like an entertainment show than an ordinary stream.

Dr DisRespect rose to fame as a Twitch streamer, focusing his streams primarily on multiplayer games with a strong focus on the Battle Royale genre. With games like Playerunknown's Battlegrounds, Fortnite or H1Z1, he became more and more popular until he was finally considered one of the platform's biggest creators. With his direct and unsparing way of expressing himself, he appeals especially to adults who find the rest of Twitch a bit too soft-spoken and childlike.

In the streaming scene, he is regarded as a quick-witted entertainer who says what he thinks and makes no secret of what he thinks of others. He describes himself as a WWE character in the world of video games and openly admits that Dr DisRespect is very different from the private person Herschel Beahm in front of the camera. For his stream intros, Dr DisRespect always uses artwork and other creative works from people in his community, so during a stream in January 2020, viewers could even admire a design by Andy Hanne, CDO & Co-Founder ofOWN3D. 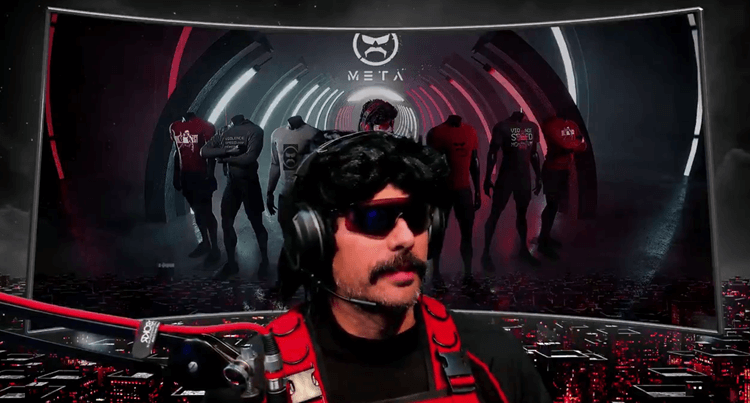 Since August 2020, he has been broadcasting his streams only on YouTube after a permanent Twitch ban and has lost none of his popularity despite all the controversies that came along with the ban from Twitch. On his YouTube channel, he streams 3x a week for an average of 4-6 hours to hundreds of thousands of viewers.

During his comeback stream on YouTube, an incredible 500,000 viewers tuned in to see how the Doc was doing. Of course, the fans were also expecting a detailed statement about the Twitch ban, because there wasn't really an official and detailed statement addressed directly to the viewer until this point. He explained to his viewers that he wasn't given any reason for the ban and he also can't explain how it could come to a permanent ban.

Beahm graduated from State Polytechnic University in California in 2005 and in 2011 became a community manager at the well-known game developer Sledgehammer Games, responsible for various spin-offs of the Call of Duty series. He has a wife and a daughter and tries to strictly separate his personal life from his online activities. There are only a few shots that show the popular creator in his private look.

Dr DisRespect became known for uploading Call of Duty: Modern Warfare 2 videos on his YouTube channel and for repeatedly appearing in videos of the gaming channel "Machinima". Later, he even became a level designer and was instrumental in designing many of the maps from Call of Duty: Advanced Warfare. While working at Sledgehammer Games, the doc already created an account at Justin.tv, which later became Twitch.tv. There, he initially streamed in front of a manageable number of viewers, but steadily gained followers, which led to his decision to quit his job as a game developer in 2015 and fully dedicate himself to his career as an entertainer and Twitch streamer. 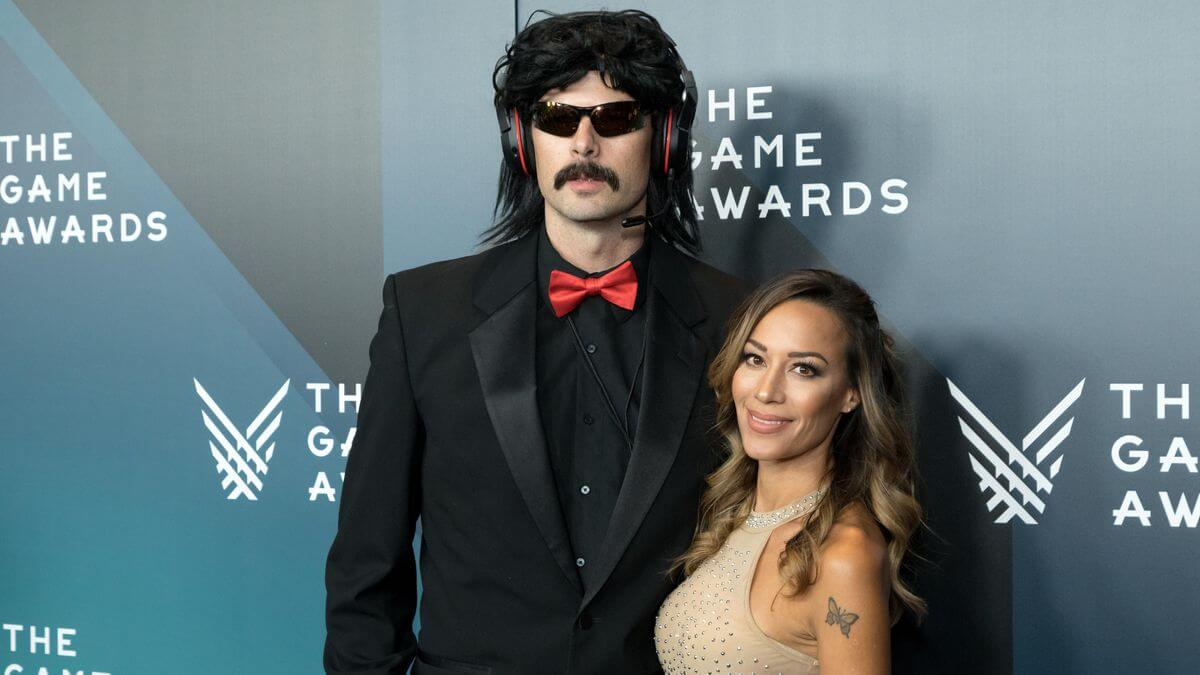 After a two-year period of excessive streaming, he took a two-month break at the end of 2017 to get back on track with his relationship with his wife, with whom he has a daughter. When he resurfaced in February 2018, he managed to have 388,000 concurrent viewers during the first stream after the break.

After he signed an exclusive Twitch deal in early 2020, the surprise suspension came just a few months later. While no one really knew until today what led Twitch to ban one of their most successful creators for good, the platform's officials only announced that there was evidence that Dr DisRespect had violated Twitch policies. Furthermore, Twitch stated that they do not make a difference in such violations whether the affected streamer is successful or rather small. Since then, there has been no detailed description or statement from Twitch regarding Dr DisRespect's ban.

20 days after his ban, the Doc finally went public and the online magazine PC Gamer and the newspaper Washington Post published exclusive interviews with him. In these interviews, he again made it clear that the exact reason for his ban continues to be kept from him. He had apparently been blindsided by it himself and thought until that very moment that his relationship with Twitch was a good one and that the recently signed contract would ensure long-term cooperation.

On August 6, he posted a tweet with a link to his YouTube channel and announced, "Tomorrow, we arrive." that he would be streaming on YouTube in the future. With a bombastic comeback stream and 500,000 viewers, the Doc finally ushered in a new chapter of his streaming career.

The Doc has already celebrated many successes in the course of his career. He has almost 4 million followers on Twitch and 3.3 million on YouTube, whom he regularly keeps happy with his streams and videos. In addition to the sheer number of followers and subscribers, he has also won three official awards.

Even though the Twitch ban caused a stir in June 2020, Dr DisRespect was able to rejoin the streaming scene well and strengthen his position as one of the most successful creators in the world. According to the website theloadout.com, Dr DisRespect comes to a monthly income of around $30,000-35,000 in 2020 which is based solely on Twitch subs revenue. Added to that were sponsorship and advertising deals, YouTube revenue, merch sales, and other contracts. Looking at these factors, it can be assumed that he was taking in much more than $35,000 a month in 2020. What the current YouTube situation is after his Twitch ban, it is not yet possible to say for sure.

If one believes the calculations of the clutchpoints.com website, the American will bring his total assets to around $6 million in 2020.