In this article you will learn everything you ever wanted to know about the YouTuber "Trymacs" - have fun!

Trymacs (*19.08.1994 near Hamburg), real name Maximilian Alexander Curt Stemmler, is a German YouTuber and streamer. He has been producing video content since 2016 and gained notoriety primarily as a Twitch streamer. At the beginning of his streaming career, he was primarily involved with the mobile game Clash Royale, which had only a small community in Germany at the time. With advice and tips on the game in video form, he managed to generate his first followers and subscribers. He now has around 1.6 million subscribers on YouTube and 1.9 followers on Twitch and enjoys great popularity among fans and the community.

Mainly, Maximilian Stemmler streams gameplay from many different video games on Twitch. Starting with Clash Royale, he now streams FIFA, Fortnite, Call of Duty or Minecraft. Time and again, it also happens that he has a relaxed chat or reacts to videos of other creators. His streams usually have an average length of 5 hours and in most cases, several games are played per stream. In the list of the biggest german Twitch channels, Trymacs is in 2nd place with 1.9 million followers, right between MontanaBlack (3.2 million) and Knossi (1.5 million). 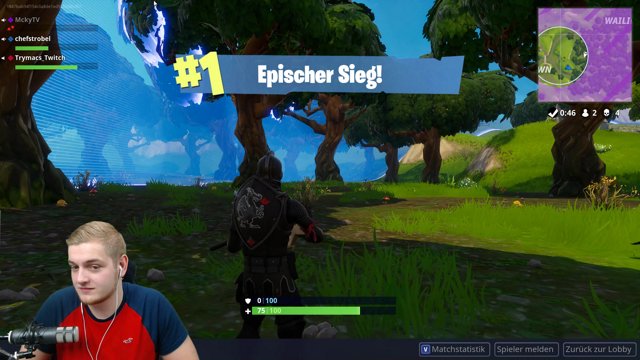 On his main channel on YouTube, you can find mainly highlight videos from his streams, which are usually around 15 minutes long. He gives the uploads concise titles and edits them so that they work as stand-alone clips without the viewer having to understand the context of the entire stream. Trymacs also produces occasional vlogs for his channel or plays games in multi-part Let's Plays. 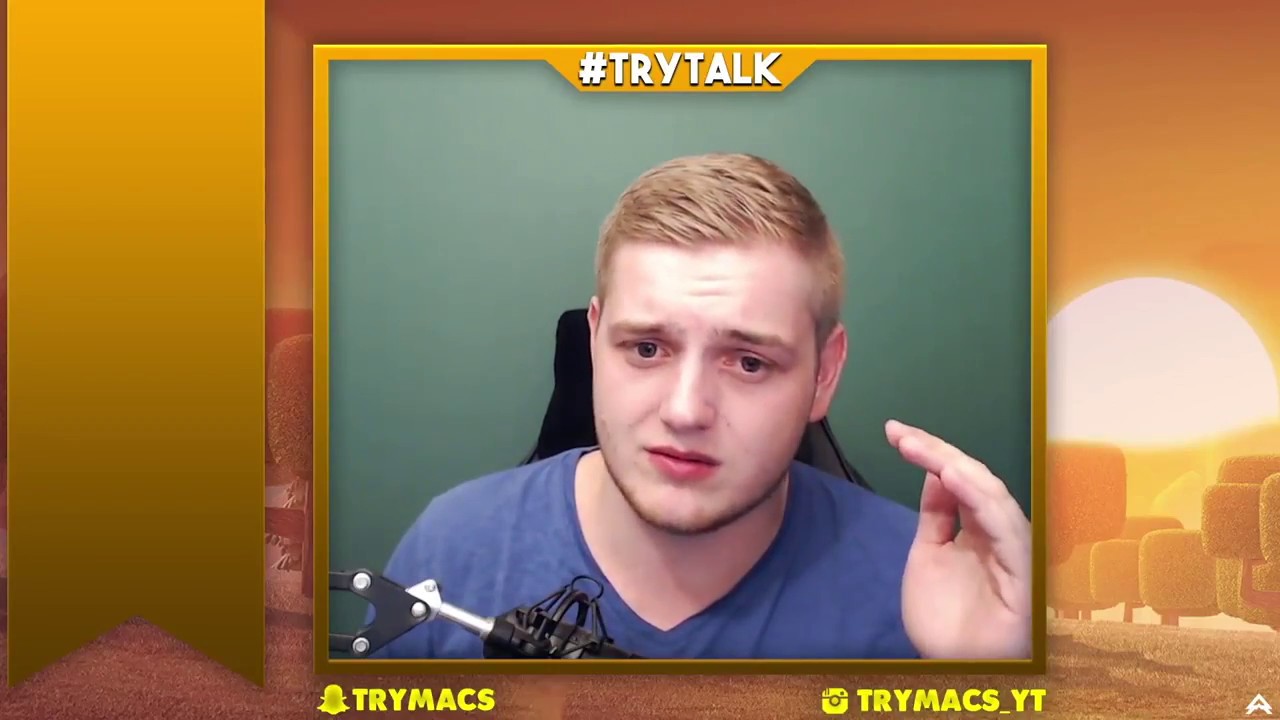 On his second channel TeamTry, Trymacs regularly immortalizes the reactions from his streams. There, he watches various videos by other YouTubers and reacts to them live in the stream. It's not uncommon for entertaining clips to emerge here, most of which don't last longer than 30 minutes.

Trymacs was born in a suburb of Hamburg and, after his school years, completed his Abitur with an average of 2.7. According to his own statements, he began studying business psychology at a large university directly afterwards. Due to his success as a web video creator, Trymacs decided to put his studies on hold for the time being and focus on his career on the Internet. Maximilian was still living with his family in the house where he grew up a year after starting his channel, but in November 2017 he moved into his own apartment with his girlfriend Celina. He documented this in a YouTube video.

With a handful of viewers and not really optimal streaming equipment, Trymacs streamed on Twitch back in 2015. At that time, his passion and dedication was for the mobile game Clash Royale, and his expertise and know-how in this game enabled him to build up a unique selling point over time. He was considered an expert and contact point for all kinds of problems in the community. With the increasing popularity of the game, Trymacs also became more and more known and after only a few months he decided to open a YouTube channel where he can give tips about the game, which are accessible to everyone at any time.

Although he started as a pure streamer, he quickly realized the potential of YouTube and created a channel for himself. There he archived past Twitch streams or summarized highlights in edited videos. After 4 months, he already had 20,000 subscribers on his YouTube channel, and as the quality of his videos grew, so did the number of subscribers. Later, he even produced IRL videos like room tours, vlogs from his vacation or answered questions from the community on camera. In the very first year of his activities on YouTube, he uploaded the first Let's Play series of various games and celebrated the 100,000 subscribers on his channel in a special video.

In the meantime, Trymacs is one of the best-known gaming creators in Germany and has made friends with many other creators over the years. So he regularly plays with streaming greats like ungespielt or Papaplatte various video games in his streams. Not infrequently, snapshots of his work appear on the Internet in funny compilations and compilations, where he always provides laughs with his somewhat scheduled nature. He has also done collaborations, such as with rewinside. In the course of a vlog, Trymacs takes on the role of a personal trainer, although he obviously doesn't know the first thing about weight training.

Together with MontanaBlack and Knossi, Trymacs is one of the most successful and biggest streamers in the country. In just a few years, he has been able to build up a considerable viewership, which seems to grow ceaselessly. Also remarkable is how regularly and long he streams. He already has over 2000 streaming hours on Twitch, which is above average considering his relatively short activity of just under four years. The average viewership of his streams is around 14,000, which suggests that he produces high-quality content worth watching for a lot of people.

Without a doubt, Trymacs is one of the high flyers in the streaming scene. Of course, this is also reflected in his earnings.