Livestreaming has become an essential part of the big world of entertainment on the Internet. Twitch, YouTube, and Facebook are no longer the only big players when it comes to streaming games and other content. Large companies from all over the world have launched a counteroffensive against the big three from Silicon Valley and are trying to grab a piece of the big pie. Portals that are actually known from the social media sector are also becoming more and more aware of it and launch their own services that are supposed to allow users to broadcast content live from their computers. One of these is the Chinese short video giant TikTok.

The platform, which launched in 2016, has become one of the biggest go-to places for social media fans. Before TikTok became a social media giant, the Chinese company ByteDance acquired the up-and-coming platform Musical.ly, which it then merged with TikTok in a takeover that cost over $800 million. TikTok now has 800 million active users, putting it almost on par with Instagram, which regularly has over 1 billion users. 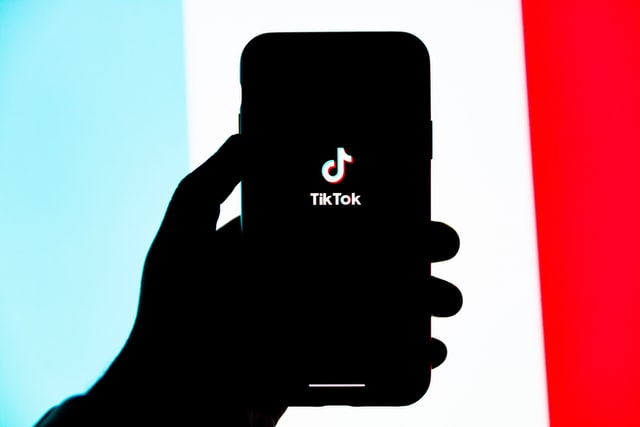 But a large part of entertainment on the Internet takes place not only on the well-known social media platforms, but equally on streaming portals such as Twitch. The number of Twitch users continues to rise inexorably. So it's no wonder that live streaming, as known from Twitch and YouTube, has also moved into TikTok's field of vision. The Chinese company behind TikTok announced in December 2021 that it wanted to enable the streaming of games with a Windows app specially developed for this purpose. The so-called TikTok Live Studio is a real potential Twitch competitor.

1 What is TikTok Live Studio?

Many of the big TikTok stars of our time are cleverly expanding their business and are also active on other platforms besides TikTok. So it's not uncommon these days to see TikTokers increasingly on Twitch and other live streaming platforms. They play video games, chat or make IRL content. Of course, the people in charge at TikTok see this as well, and in the wake of this, they are bringing their own livestreaming option to the people. TikTok Live Studio is a standalone Windows program that works similarly to the big and well-known streaming tools (OBS Studio, Twitch Studio, Streamlabs). However, the big advantage of TikTok Live Studio, unlike other streaming tools, is that it is fully designed to use the in-house portal. Users can log in directly with their account and set up their own livestream within a few minutes. This is a great thing for TikTok users and fans alike, because the full integration into the TikTok ecosystem ensures a significant expansion of the repertoire and the variety of functions. In addition, of course, many users who are actually primarily on TikTok and for whom Twitch and Co. have so far been more of an alternative can be gained.

Of course, streams can also bemonetized with the TikTok Live Studio. This already works similarly in TikTok LIVE, which can be used directly in the smartphone app. Creators can accept tips and increase their followers with the help of TikTok LIVE, among other things. Actually, anything that does not violate TikTok's general rules, i.e. gaming, IRL or other creative content, can be streamed.

Currenly, the tool is still in a fairly early development phase. The structure of the app and the basic variety of features are still quite rudimentary and broken down to the bare essentials. For this reason, TikTok Live Studio is only available for a handful of users. Those who can already download the tool are usually real TikTok celebrities who additionally stream on Twitch or YouTube. The company's executives speak of "a few thousand users" who are already allowed to use TikTok Live Studio. But improvements are probably in sight, because the program is constantly being updated and improved. A fact that gives hope is that TikTok Live Studio will be available to the average user in 2022. However, past experience has shown that test phases of a new program, especially on such a scale, can easily take several years of development before being unleashed on the large market. We just can wait and check how the situation around TikTok Live Studio will develop.

Due to the fact that TikTok Live Studio is still in an early alpha phase and is only made available to selected users, some creators are now rightly wondering what alternatives there are for the in-house software solution. Well, probably the best and most widespread method at the moment is to use a free streaming tool. Most creators, whether Twitch or YouTube streamers, rely on the free program OBS Studio. It is easy to use and offers many different functions. The big advantage over TikTok Live Studio is also that OBS Studio has already been developed and improved for many years. In contrast to the official TikTok counterpart, the program has been out of the testing phase for a long time, which ensures that hardly any problems occur and there are many different tutorials and guides on the Internet on how to best use OBS Studio.

If you would like to learn more about it, we offer a course on OBS Studio here in our OWN3D.Academy! The tool can be downloaded here for free. If you also want to start a livestream on TikTok with OBS Studio, you can do that if you have already collected over 1000 followers on TikTok. Once you've met this requirement, you're ready to go. We have explained in detail how the whole thing worksin this article.

TikTok Live Studio is the latest tool from TikTok, which will allow creators to start their own livestream directly from their Windows computers. The tool, which according to TikTok focuses on gaming content, is currently still in an early test phase and is therefore only available to a very limited number of users. In order to be able to stand up to Twitch and Co. in time, the work on the app is probably in full swing, so that an early public release can be expected in the course of 2022. Until then, you will have to be patient or use an alternative, such as the free streaming tool OBS Studio.

How to go live on TikTok - The ultimate TikTok streaming guide!

How to go live on TikTok - The ultimate TikTok streaming guide!

How to get followers on TikTok - How it works!

How to get followers on TikTok - How it works!

How to make money on TikTok!

How to make money on TikTok!