Get ready for the streaming highlight of the year, because the legendary and history-rich Angelcamp goes into the second round! With many guests, live music and lots of fishing fun, it goes from Thursday to Sunday so right. We have all the info for you.

It was the start of a concept that is still unmatched today: Knossi, Sido, MannyMarc & unsympathischTV packed up the rods, dug out the best bait, went to a lake with a professional production team and single-handedly turned the streaming landscape upside down. The guys invited celebrity guests and broke the worldwide Twitch viewership record within a few hours. Now the successful format is to be continued as Angelcamp 2.0 and once again we can expect Knossi, Sido & Co. to have a lot up their sleeves to give us an unforgettable camp weekend. 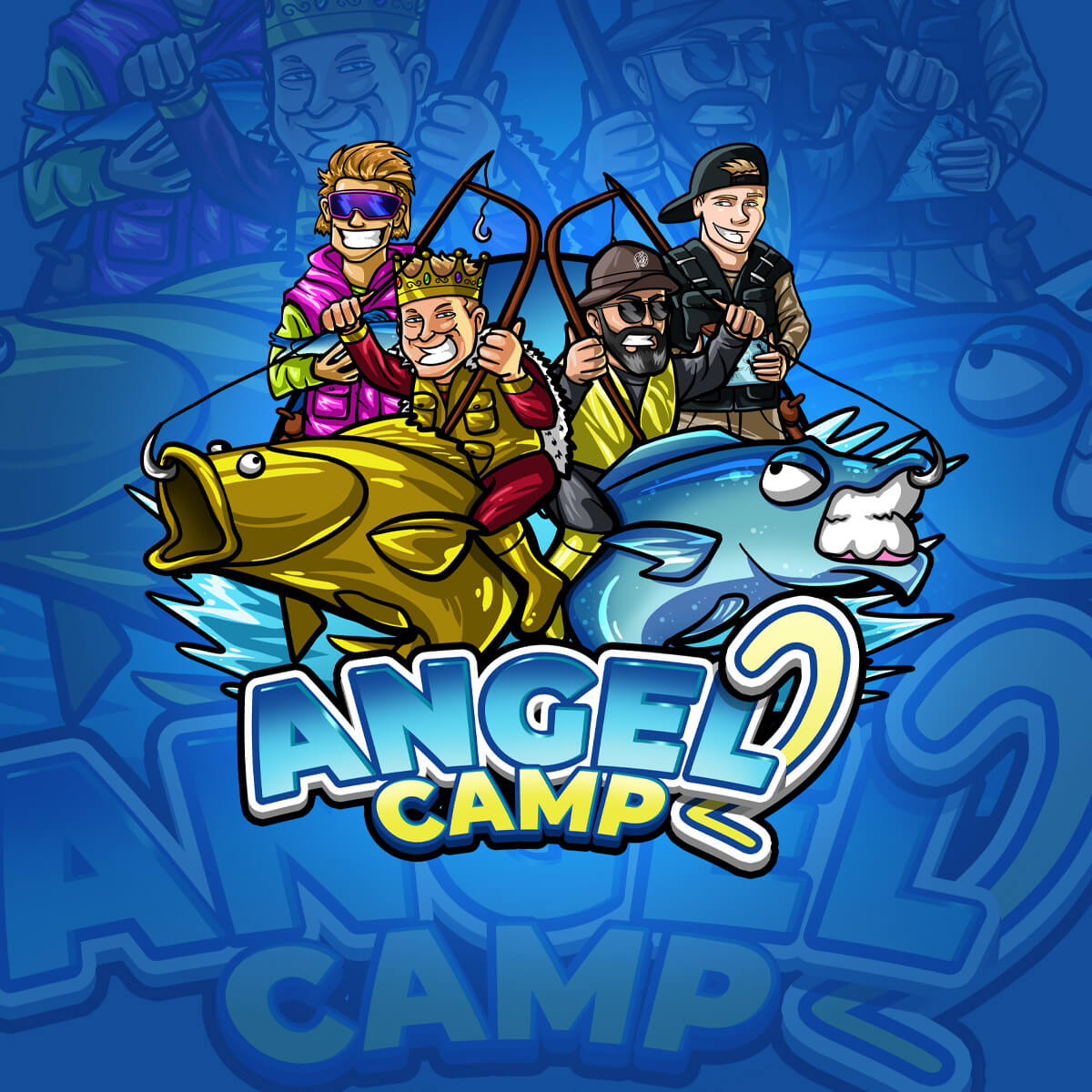 Who are the participants of the Angelcamp 2021?

As with all camps, i.e. the 2020 Angelcamp, Horrorcamp, Christmascamp and the Medievalcamp, the usual four suspects are the main protagonists of the new edition of the fishing camp. We are of course talking about Knossi, Sido, MannyMarc and Sascha Hellinger aka. unsympathischTV. Of course, at an event of this magnitude, various top-class guests must not be missing. Already in the past editions entertaining actors such as Slavik, MontanaBlack, Tanzverbot or inscope21 have made the camp unsafe, but also for the musical entertainment will be provided.

So there will be a live concert again this time, where various artists, including Vanessa Mai, will perform their greatest hits. The boys and girls behind the scenes would like to have of course also the one or other surprise ready,

So far confirmed guests of the Angelcamp 2.0 are accordingly

This list will certainly be expanded significantly, because Knossi and & Co. love to surprise their viewers. So you can be curious who else will be there. 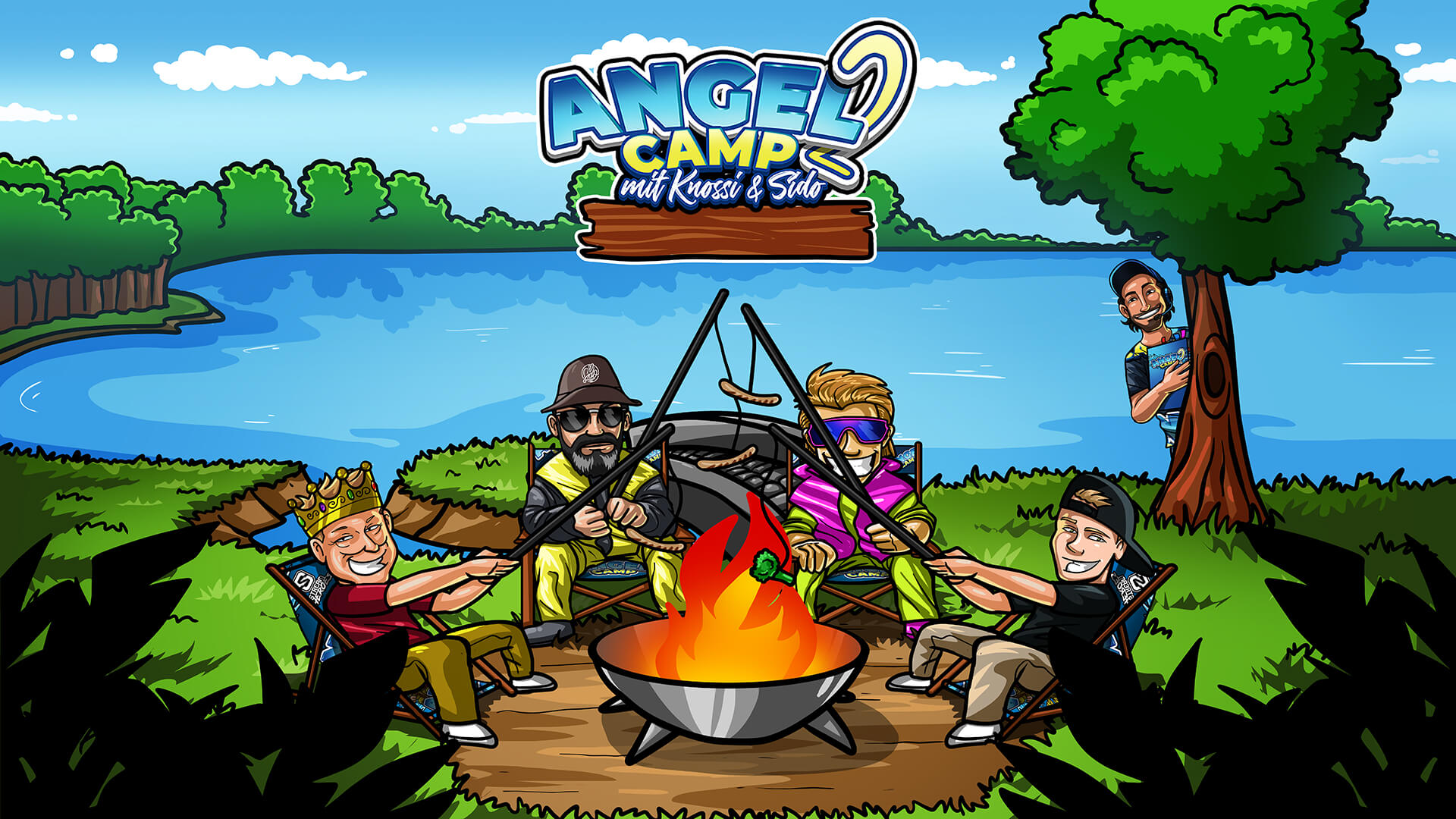 In Angelcamp 2020, the focus was, how could it be otherwise with the name, all about fishing. The guys had invited well-known fishing experts who were supposed to give the partly inexperienced participants a hand and help them with words and deeds. So or so similarly it might look also with the Angelcamp 2.0. Because the slogan, which stands over the entire Camp, is "new country - new location - fatter fish!".

While the first fishing camp still took place in Germany, the entertainment cannons around Sido and Knossi will be in Czech Republic this year to battle it out in the hunt for the biggest catch. In addition to fishing, there will of course be other activities to entertain the audience. Musical entertainment, interesting talks with the guests around the campfire and of course the iconic party game "The Killer of Palermo" - no matter what is going on in the camp, it can be assumed that once again it will be a firework of entertainment!

Of course - we from OWN3D are also again with the party! Not in terms of personnel, but conceptually. Because the guys and gals from OWN3D have once again put in a lot of effort and created a coherent and ingenious design concept for the Angelcamp 2.0. All designs, logos, overlays, transitions and banners came from the pens of our talented illustrators. We are proud to be a part of such a gigantic event and hope that our designs will blow you away.

While the participants are catching the fattest fish, you should of course also have the opportunity to indulge your hunting instincts. How do you do that, you ask? It's simple - with Streamheroes! The project, which was also launched by OWN3D, lets you collect digital trading cards of popular streamers and complete the corresponding decks. The huge Streamheroes community is growing and is looking forward to seeing you!

In the course of the Angelcamp 2.0 there will be, as in the past events of Knossi & Co. once again a limited collector card booklet in printed form, in which you can paste the cards of the individual candidates and guests. There will be a total of 12 trading cards just waiting to be collected and pasted in by you. The booklet of trading cards is strictly limited and regularly sold out shortly after the start of the camp. So you should not miss the chance to get the perfect souvenir to become part of the Angelcamp.