Pepega is an ironic Emote and insult used when someone says or does something stupid or thoughtless.

Pepega is an Emote that is mainly used on the streaming platform Twitch. The Pepega Twitch Emote is used whenever a streamer says something stupid or inconsiderate.

The Emote is usually used with ironic intent to show the streamer that something didn’t work out as well as hoped.

The term "Pepega" can also be used as an insult. For example, if someone has said or done something stupid. Translated the term means "idiot". Even if the term is used as an insult, there is usually an ironic intention behind it.

The Pepega Emote was uploaded in 2018 by the user "Adew" in Discord, who also named and created it. It is often used in conjunction with the phrase "FOR SAN". "FOR SAN" or "Forsen" is a pseudonym of the streamer Sebastian Fors, who made the Pepega Emote famous.

What does Pepega megaphone mean?

The Pepega Megaphone is nothing more than an adapted Pepega Emote, where the original Pepega Emote has been extended with a megaphone. It was created by some members of the Twitch community to shout out the name "FOR SAN". 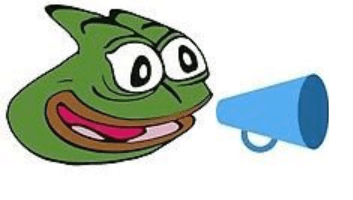 What does Pepega clap mean?

Pepega Clap is also an adapted Pepega Emote. As the name suggests, the Pepega Clap Emote is an extension of the original Pepega Emote with clapping hands. The Clap stands for EZ Clap, which means that something was easy. 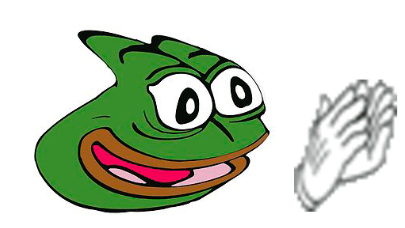 Pepega is an Emote or ironic insult. The Emote or word is used whenever someone says or does something stupid. Pepega is relatively widespread and common, especially on Twitch.