PogChamp is an emote and a term used to show that a situation is exciting and surprising.

The well-known Twitch emote Pogchamp was removed from the streaming platform Twitch on 07.01.2021. The reason for the removal was a misbehavior of Ryan "Gootecks" Gutierrez, who is the face on the emote. In a Twitter post, he urged his followers to continue the unrest, which arose in connection with the violent takeover of the Capitol Hill neighborhood by Trump supporters.

As a result, the emote was removed from the streaming platform, with the following reasoning:

After the original PogChamp emote - due to a misbehavior of Ryan "Gootecks" Gutierrez, who was the face on the emote - was removed from Twitch, a lot happened. Many users reacted to this and directed numerous suggestions to Twitch to find a worthy successor for the well-known PogChamp emote.

Twitch tested a few things out and initially decided on a rotating PogChamp emote. This means that the face of the emote was changed daily. By doing this, Twitch wanted to cater to the diversity of the streamers. However, this approach led to some streamers who were displayed on the emote for a day receiving a veritable shitstorm and taking numerous negative criticisms.

Due to these events, the rotating model was quickly ended and a static emote was shown last. In order to find a worthy successor for the world-famous PogChamp emote, Twitch held a voting on February 12, 2021, in which everyone could participate. The community voted and provided a worthy successor with the KomodoHype emote, we think! 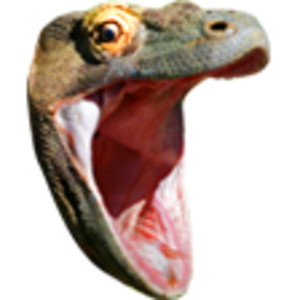 The new PogChamp emote no longer shows the face of Ryan "Gootecks" Gutierrez, but a Komodo dragon with its mouth wide open.

PogChamp is an emote that is mainly used on the streaming platform Twitch and has a strong reference to the gaming scene. The emote depicts the face of Ryan "Gootecks" Gutierrez, who is known as host of the Internet show "Cross Counter TV".

The PogChamp emote is used whenever a situation appears exciting or is surprising and captivating.

PogChamp is an acronym, where "Pog" stands for "Play of game" and "Champ" for champion.

The term "PogChamp" is also often written textually in the chat, meaning activity, joy and energy. Just like with the emote, viewers want to use it to express that the situation is exciting and has exceeded their expectations. 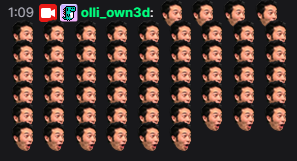 The origin of the emote and the term "PogChamp" is due to Ryan "Gootecks" Gutierrez. The emote became known through the video "Pogs Championship: Gootecks vs. Mike Ross - Madcatz Promo", which he uploaded on his YouTube channel "Cross Counter TV" on October 26th 2011.

In the video Ryan "Gootecks" Gutierrez played together with Mike Ross with Pogs - small discs made of plastic or metal. In the end Ryan won the game and the term "Pog Champion" was born. You can find the videohere.

In another video, which was uploaded to the YouTube channel exactly one month later, Ryan made an exciting facial expression due to a camera shake, which later became the PogChamp Twitch emote and meme. You can find the video below. The facial expression can be seen on minute 2:09.

PogChamp is relatively easy to pronounce because the term is pronounced the same way it is written: "pog-champ".

As mentioned above, the emote has been named like this because Ryan "Gootecks" Gutierrez played "Pog" with Mike Ross and won. This made him the PogChamp.

Both the term and the PogChamp emote are used to describe a situation that is exciting and has exceeded all expectations. Especially on Twitch and in the gaming scene PogChamp is often used.