In this article you will learn everything you ever wanted to know about the streamer "MontanaBlack" - have fun!

MontanaBlack (* March 2, 1988 in Buxtehude), real name Marcel Thomas Andreas Eris is a German streamer and web video producer. He is the best known and most successful content creator in the German-speaking world and has over 8 million followers or subscribers on all streaming & video channels. Starting with pure gameplay scenes from Call of Duty: Modern Warfare, his range of content now includes many other categories. The overarching trademark of MontanaBlack is probably his direct and authentic manner, which he shows during his streams and videos. 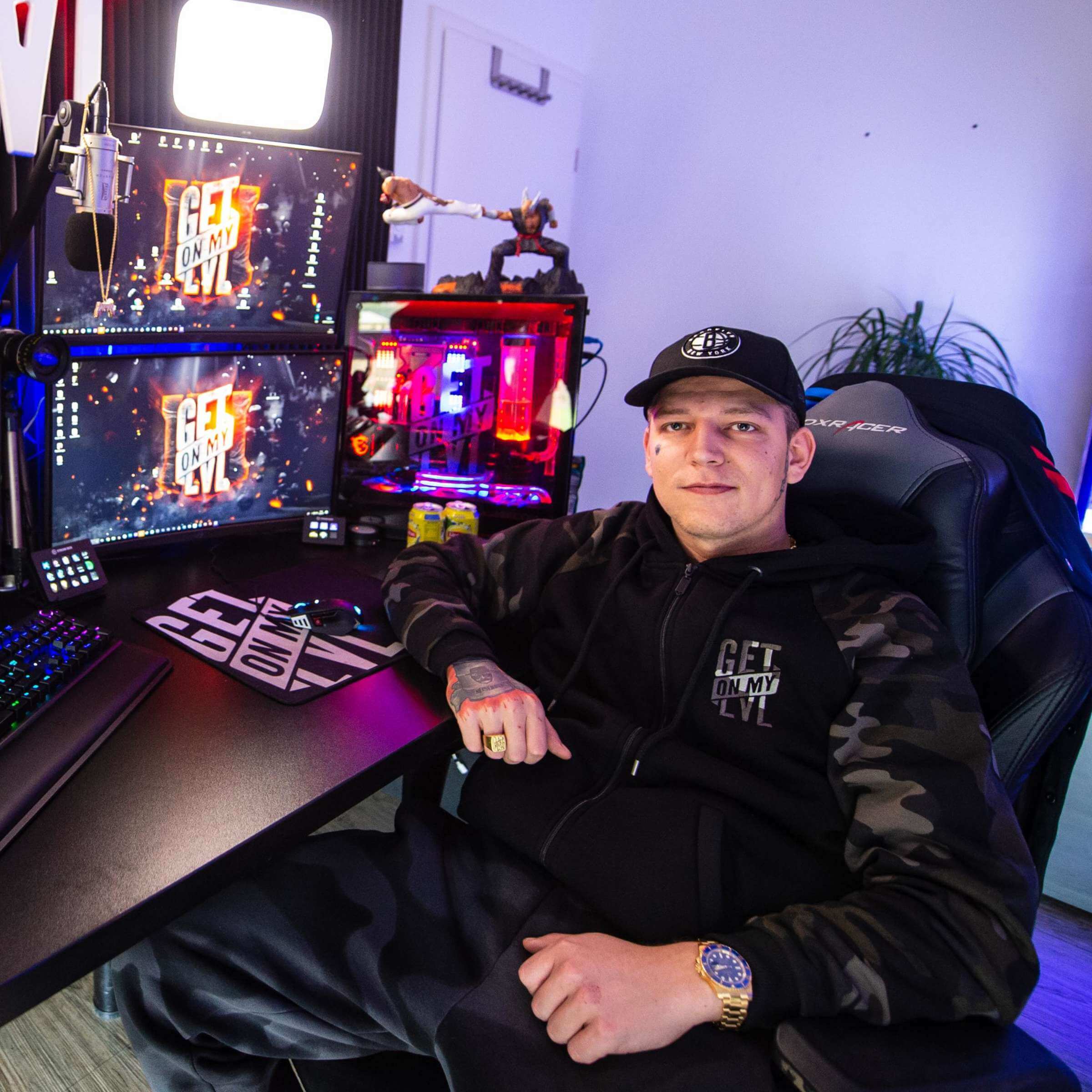 As a result, his sometimes controversial statements and actions are regularly hotly debated in the relevant tabloid media as well as on social media. The streamer broadcasts his live shows several times a week on Twitch, and even though the VoD output on his YouTube channels has dropped significantly in recent years, new clips and compilations of his streams land on the video platform every day. He is a passionate gamer and regularly plays various games with friends and his community, including Fortnite, FIFA and Call of Duty.

Primarily, MontanaBlack is on Twitch, where he streams several times a week at irregular intervals and without a schedule. He often announces his streams in his Stories on Instagram or on Twitter. In his streams on Twitch, he plays video games, watches YouTube videos, or chats with his community. His streams usually go on for around 5 hours and there are on average 35,000 people watching. MontanaBlack's favorite game series is Call of Duty, which means that when a new CoD game comes out, he will play it in his streams. Besides Warzone & Co. he is also active in other games like FIFA or Fortnite.

In addition to his activities on Twitch, Eris also runs two successful YouTube channels. The main channel, "MontanaBlack", became a vlog channel over time, where he shared real-life stories and vlogs from vacations or room tours in the first few years. Over time, his activity shifted from YouTube to Twitch, which resulted in only 5 videos appearing on "MontanaBlack" in 2020. His second channel, however, with which he fully concentrates on the topic of "gaming", continues to be continuously fed with new clips and videos. 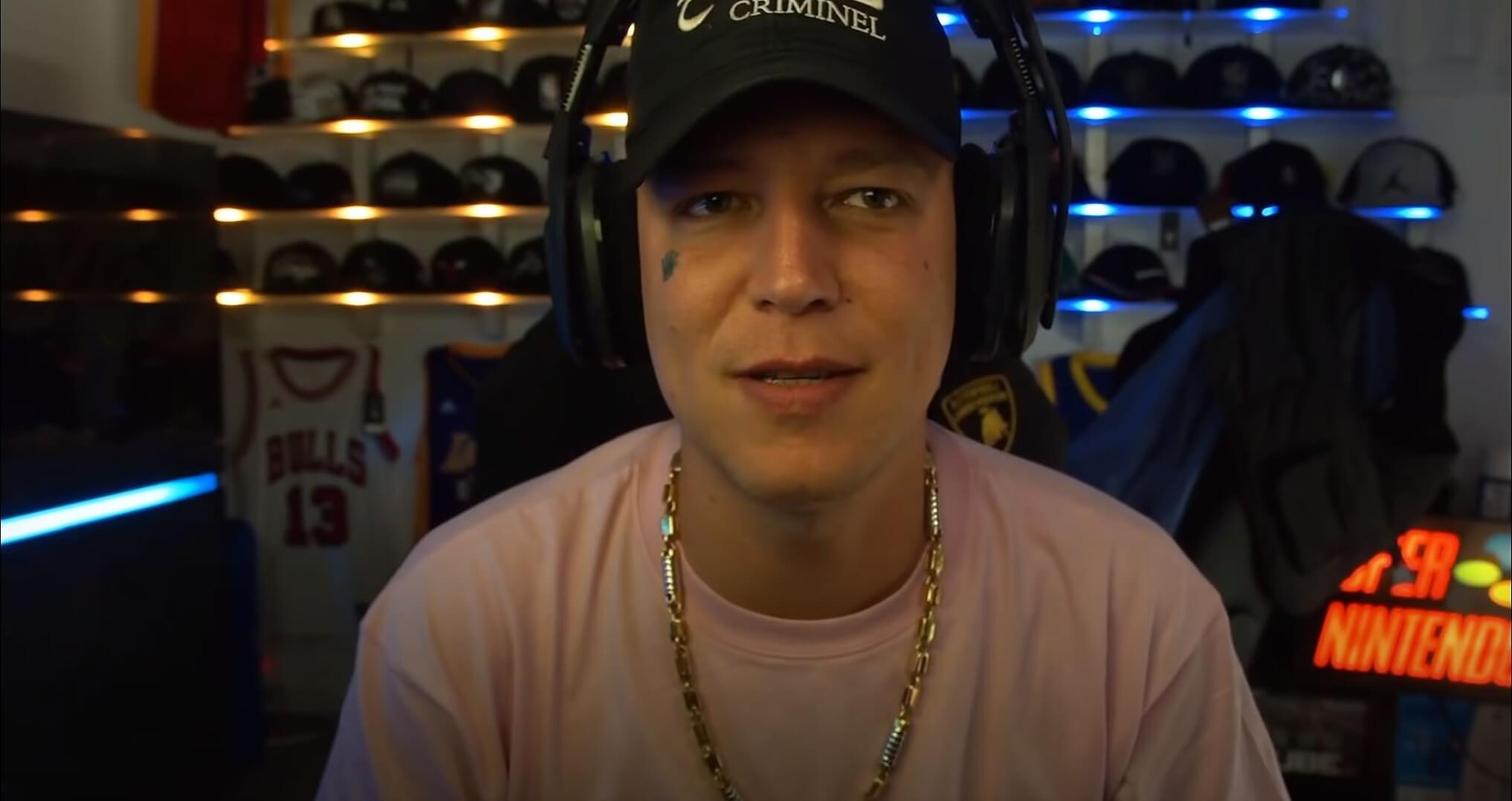 On "SpontanaBlack" you can find gameplay highlights from the streams as well as gaming videos recorded especially for the channel. Besides his two channels, Monte is also involved in the channels "Echter Kevin" & "Die Crew", which are not directly operated by him, but are fed with his content. On these channels you can find mostly entertaining clips from his streams and together "The Crew" and "Real Kevin" come to almost 3 million subscribers. MontanaBlack has mentioned many times that he is a major contributor to both the revenue and rights of the channels.

Marcel Eris was born and raised in the northern German city of Buxtehude. As the son of a mother of Turkish origin and a German father, he began training as a retail salesman in a DIY store after leaving school. In his real-life stories and his book "From Junkie to YouTuber," he talks about his past and how he became addicted to drugs and alcohol as a teenager.

With increasing success as a creator, fans learned more and more about his past and the interest in his person was so great that he decided to write a book about his life. In "From Junkie to YouTuber" he talks in great detail about how he came to use drugs, how he lived on the streets, how he kept his head above water with small criminal offenses, and how he cheated his grandparents to get money for drugs. His career obviously fascinates people, and his authentic, unembellished way of telling it is considered extraordinarily entertaining and gripping.

He eventually got his life back on track, started a YouTube channel, and turned his back on drugs and alcohol for good. MontanaBlack quickly saw the potential to build a brand around himself, which resulted in him marketing his own merchandise under the name "GetOnMyLvl." As sales increased, so did the quality of the products, and from then on GetOnMyLvl was no longer marketed directly as merch but rather as a fashion label. In the meantime, he is considered a Creator veteran in Germany, owns several properties, including a house in which he lives since the end of 2020, several luxury cars and jewelry worth tens of thousands of euros. 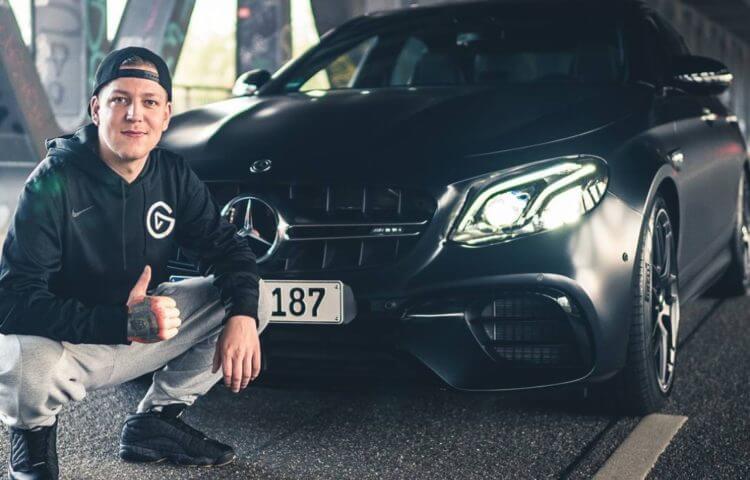 Although his most-used platform is now Twitch, Eris' career began on the video platform YouTube. There, in 2013, he uploaded a 5-minute clip titled "My First Video," where he commented on and analyzed recorded and edited Black Ops gameplay after the fact. What followed was his "Everyday in Call of Duty" video series, where he gamed with other gamers and eventually edited the most entertaining moments into 5-15 minute highlight videos.

These gameplay videos became increasingly popular in the CoD community and MontanaBlack's subscription numbers grew steadily. The fact that the interest in MontanaBlack as a person grew more and more is probably also related to his real-life stories. These videos were not so much about gambling, but about Marcel's past in youth and young adulthood. Especially popular and well clicked are the videos in which Marcel appears in front of the camera together with other YouTubers or plays video games. Various gaming videos with eLoTriX or Flyinguwe were already created, while the early vlogs were mainly dedicated to the topic of traveling with his girlfriend at the time, Anna, or trips with other YouTubers.

For example, MontanaBlack traveled to Los Angeles with ViscaBarca, Dner and MarcelScorpion. In 2019, the documentary "OBEN INNA SÜD - DIE DOKUMENTATION" appeared on Knossi's channel, in which Knossi visits MontanaBlack in his home and explored the city and the most formative places of his youth together with him, following the traces of his past. In this entertaining documentary you get a picture of Marcel Eris as a person and how he grew up. Even the well-known TV presenter Kai Pflaume made a pilgrimage to Buxtehude in 2020 as part of his documentary series on his YouTube channel to spend a day with Monte.

Over time, Twitch became more and more popular among gaming fans and MontanaBlack, who streamed regularly early on, was also increasingly taken with the livestreaming platform, which led to him shifting much of his activity as a creator to Twitch. There, up to 100,000 people now watch him 3-5 nights a week as he gambles, chats, reacts to other videos, or talks to other streamers about God and the world. With 3.3 million followers, he is the second largest Twitch streamer in Germany after Knossi. 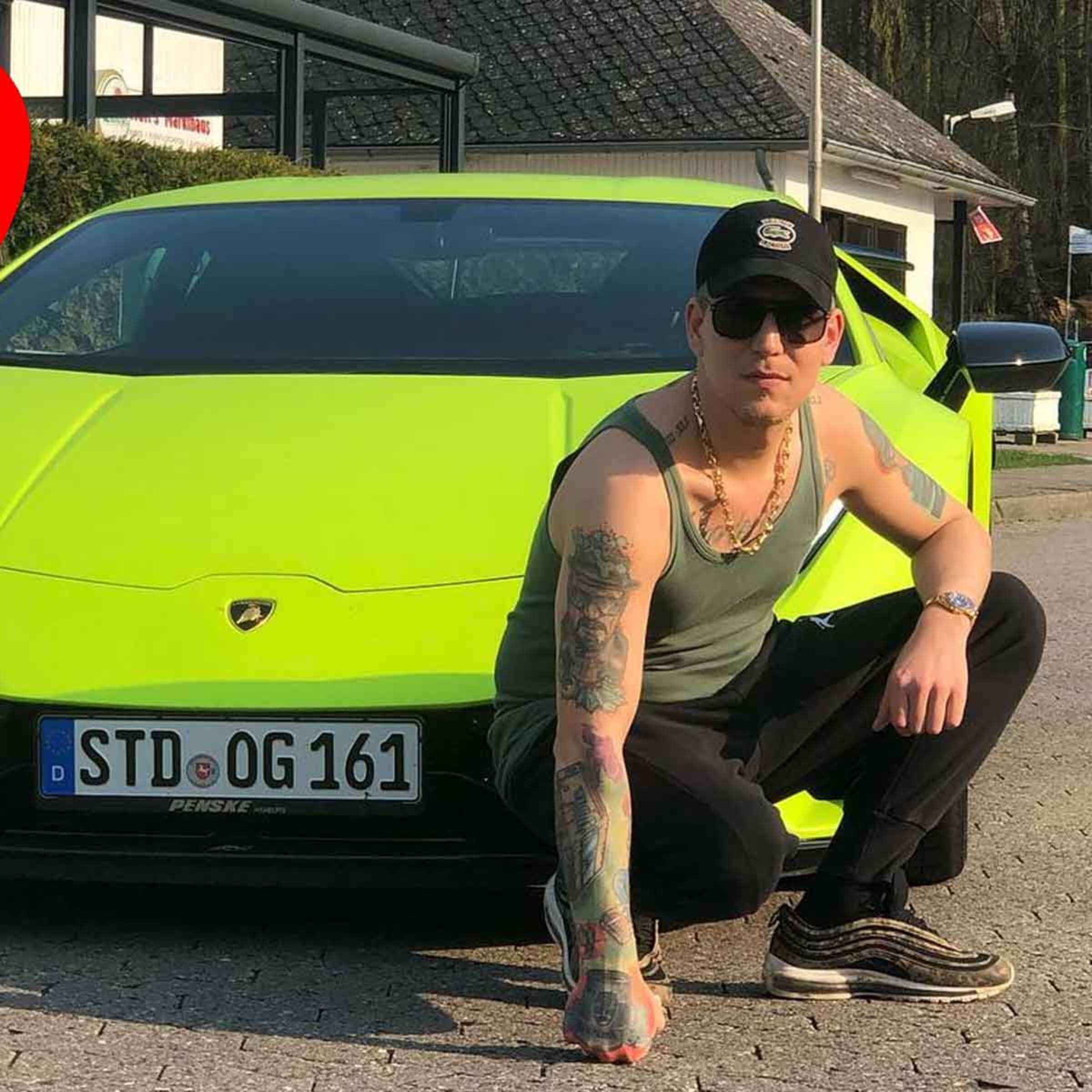 His channel continues to grow steadily and in 2020 alone he recorded a follower increase of 43.7%. He is permanently among the top 50 biggest streamers in the world and on average 35,000 people watch him. According to sullygone.com, his top games include CoD: Warzone, Fortnite, FIFA 21, Pummel Party & Fall Guys.

MontanaBlack is always causing controversy during his livestreams, which is why he has been banned for short or long periods of time. For example, in September 2020, during an IRL stream on the island of Malta, he behaved so badly that Twitch decided to ban his channel for 33 days.

During the live broadcast, Eris commented on the appearance of passing women in a sexist manner, which caused a shitstorm on Twitter. This was not the first time that MontanaBlack attracted negative attention during a stream - racist comments were already made in 2018, which Twitch also punished with a month's ban in this case. Later, MontanaBlack apologized and explicitly pointed out that he does not want to spread racist ideas in any way and that he did not mouth the phrase with racist intent.

Eris celebrated relatively early successes with his YouTube channel. In 2016, three years after the first video, he was able to break the magic 1-million barrier. He celebrated this during a livestream and uploaded the corresponding video to his YouTube channel. The rest of his channels on YouTube and Twitch have also already surpassed the 1 million mark. In the meantime, he has an incredible 8 million followers on all channels - and the trend is rising, as you can see from the growth in 2020. 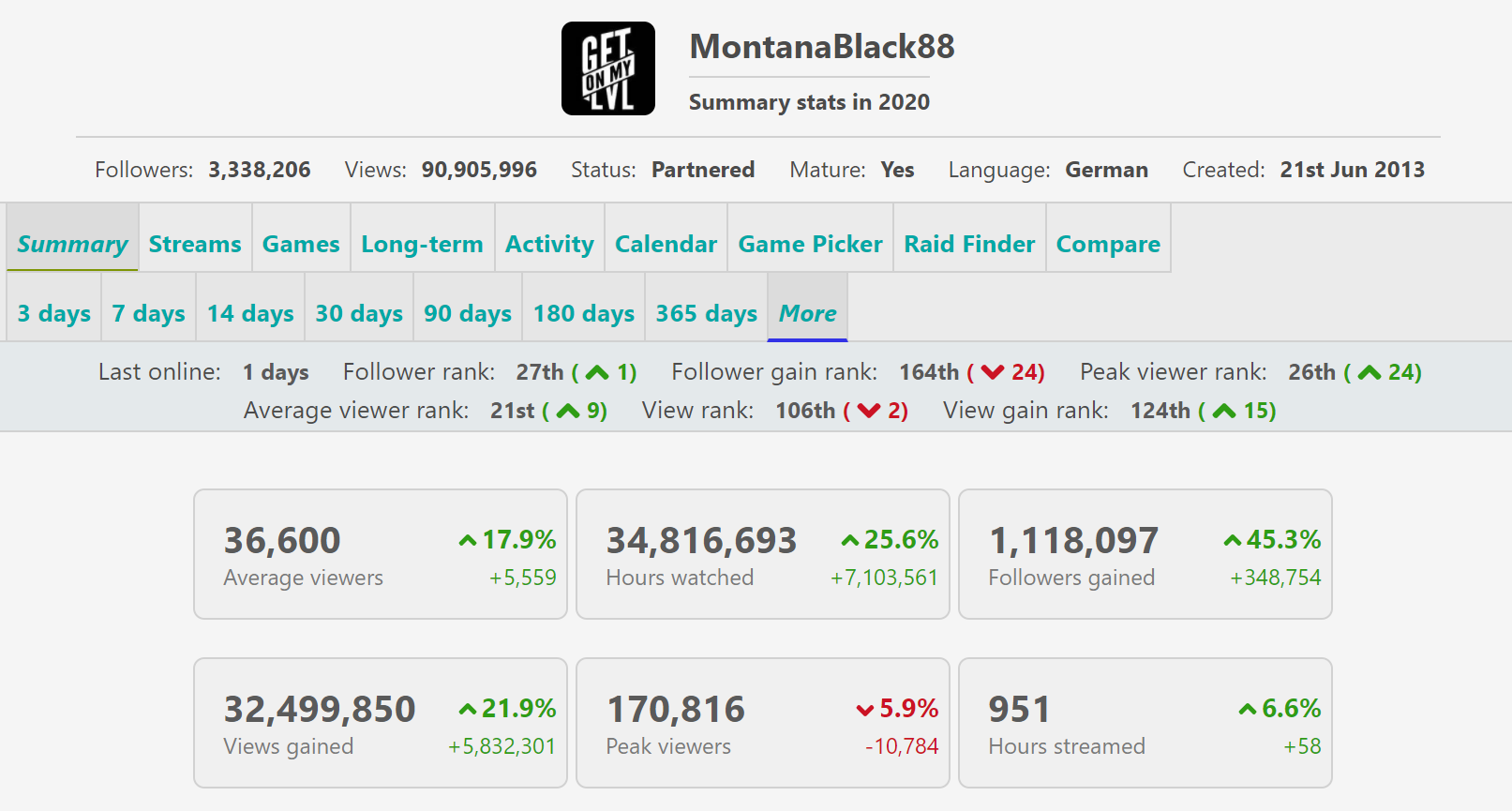 MontanaBlack is the most famous streamer in Germany and was also the most successful for many years until he was replaced by his buddy Knossi in 2020.

MontanaBlack is particularly proud of the success of his book "From Junkie to YouTuber", which stormed the bestseller lists after its release. The book sold over 100,000 copies and was Spiegel's number 1 bestseller for weeks, which was appropriately recognized by the publisher in the form of a gold award.

He was able to amass a considerable fortune with his profession as a creator and, in addition to several properties that he rents out, owns his own house, which he finally moved into at the end of 2020 after an extensive remodeling campaign. According to his own information, the conversion and furnishing of his high-end gaming room alone cost around 200,000 euros.

According to vormoegensmagazin.de, his estimated fortune is around 1 million euros, although this probably does not include his real estate. If you add up all sources of income (YouTube, Twitch, advertising deals, rental income, merch sales, etc.), MontanaBlack should have an average gross monthly income of around 50,000 euros.