In this article you will learn everything you ever wanted to know about the YouTuber "Ungespielt" - have fun!

Ungespielt or Unge (*31.08.1990 in Erkelenz), real name Simon Wiefels is a German YouTuber, streamer and influencer. Since the founding of his channel, Unge has always operated various side channels. In May 2011, he opened a YouTube channel called Unschwer, where he covered topics such as longboarding and veganism. Later, he launched his channel Unproblematisch, where he regularly presented tips on living as a vegan and corresponding recipes. His breakthrough finally came in the summer of 2012 with the channel Ungespielt, when he devoted more time to Minecraft Let's Plays. Today, he is considered one of the founders of the German Minecraft scene and has set up various projects and events that have been extremely well received by the community. Unge is known for being a self-confessed vegan by conviction and talks about it openly in his streams and videos.

Back in 2014, Unge was able to enjoy the golden YouTube Play Button, which is awarded when creators break the 1 million subscriber mark. Especially in the early days, he appealed to a wide range of people with his diverse programming, thus combining lifestyle with gaming. In 2015, the native Rhinelander finally decided to take a trip around the world and record the whole thing in a large vlog series. At the end of 2018, he emigrated with his family to the Portuguese island of Madeira, where he still lives today, as of December 2020.

In addition to his activities as a Creator, Simon Unge is now also an entrepreneur and investor. He owns several properties on Madeira and in Germany and invested considerable sums in the "Beyond Meat" share early on, which turned out to be a smart decision due to its great stock market success.

Since the early days, Unge has been active on YouTube as a creator and has kept it that way until today. Unlike many other German streamers, he does not broadcast his livestreams on Twitch but on YouTube as well - thus, he reaches all the subscribers he has acquired over the years with his streams and can address his entire community on a single platform. Although almost 1 million people follow him on Twitch, Unge hasn't streamed on Twitch in years. He himself justifies his decision to stream on YouTube by saying that it's the biggest video platform and he doesn't want to "split up" his community. During a stream in August 2018, Unge compared the three predominant platforms at the time, Twitch, YouTube & the newly formed Mixer, admitting that while Twitch has some advantages over YouTube, he is extremely happy being a YouTube streamer. 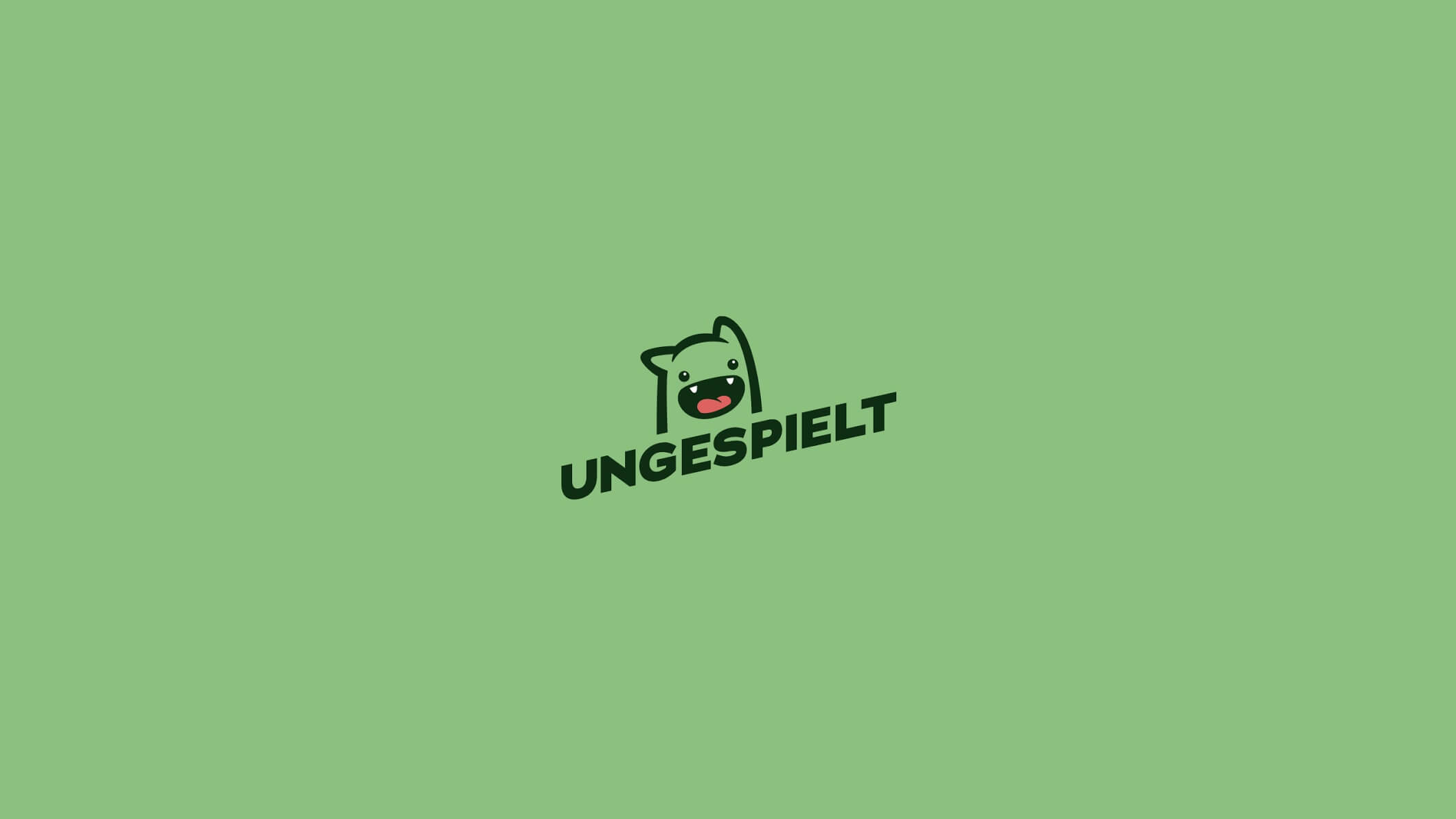 In addition to his main channel ungespielt, Simon runs a secondary channel called Hochformat. There he presents short daily vlogs on all kinds of topics in the Instagram-typical portrait format. When it comes to the videos on this channel, he apparently places particular emphasis on making the whole thing look more like a long Instagram story, because you hardly see any cuts, intros or other things that are otherwise common in classic YouTube videos. The clips always seem authentic, honest and have an average length of about 10 minutes. The first video on this channel was uploaded in November 2019.

The content of his streams and videos varies greatly, as Unge has not committed to any particular topic. In his streams, he spends most of his time playing video games with his community and friends in Discord, responding to other YouTube videos, or talking with chat. Since 2016, his main channel still occasionally uploads newly produced videos, but the majority of all uploads are compilations of highlights from his streams.

Simon Wiefels was born in Erkelenz, where he lived with his mother and siblings until 2014. When Simon was nine years old, his and his family's lives were turned upside down by the sudden death of his father. In an emotional stream, Unge spoke of his past, including how he was bullied at school and how his father's death still weighs heavily on him today. He decided he wanted to help people and began training as an educator in 2010, which he completed three years later. Inspired by his success as a creator, he turned his back on his home town of Erkelenz and moved to Cologne, 70 km away, which was considered the "YouTuber capital" at the time. 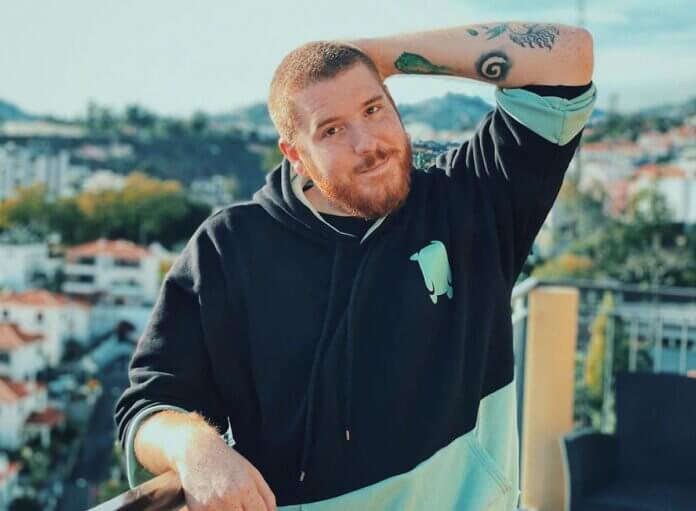 There he made contacts with other Creators, which led to him living with other streamers and YouTubers from time to time. Together with Dner and Nouschka, Unge eventually founded the YouTube House - also in Cologne. The idea behind it was to create a place where creators live together and produce unique video content with bundled creativity. Until its dissolution in 2018, many different personalities lived in the house, including: Unge, dner, rewinside, Jodie Calussi, Taddl, Paluten & Peterle. In the course of preparing for his grand tour of the world and because he felt harassed by fans camping outside the house and invading his privacy, Unge left the YouTube house in February 2015.

The longboard tour is considered a major YouTube event in Germany. In September 2014, Unge, Dner, Cheng Loew and Julien Bam embarked on an unprecedented journey. Within a few weeks, the four covered 1400 kilometers on their longboard, riding from Sylt to Neuschwanstein Castle. They recorded daily updates in vlogs, which were always uploaded to the YouTuber's respective channels in the evening of the day - provided there was Internet access in the accommodation. The project made such big waves that even the Stern TV camera team accompanied and documented the entire tour. During the longboard tour, die-hard supporters had the opportunity to accompany the main protagonists for a while on their way to Bavaria. In each city, legions of fans waited for the boys as they passed the daily stage, and a veritable longboard hype developed among German youths.

While still in the YouTube house, Unge announced that he would be taking a trip around the world. His trip started in Los Angeles on April 14, 2015, and fans could vote for where he was going next on a specially set up website. Simon posted new vlogs from the trip daily on his channel, breaking all YouTube records at the time. After some complications, cast changes and interruptions, Unge broke off the world tour a few months later and moved back to Cologne, finally landing in Hamburg in 2017.

In December 2014, a dispute arose between Unge and his then YouTube network Mediakraft. In a video he released, the creator announced that he was putting both of his channels on hold due to various disagreements with Mediakraft. For example, disagreements of a financial nature arose in the context of the aforementioned longboard tour. Mediakraft had promised Unge financial and organizational support in dealing with this costly undertaking, but at no point did it follow through on these promises. Instead, the network intervened in the channel structure and removed videos or changed them accordingly. After Unge's official termination, Mediakraft to a certain extent stood up to him and threatened to prevent the termination by any means necessary. The whole thing culminated in the entire Twitter and YouTube community backing Unge alongside major creators, resulting in a veritable shitstorm. In 2015, Unge finally signed a contract with Maker Studios and revived his old main channel. 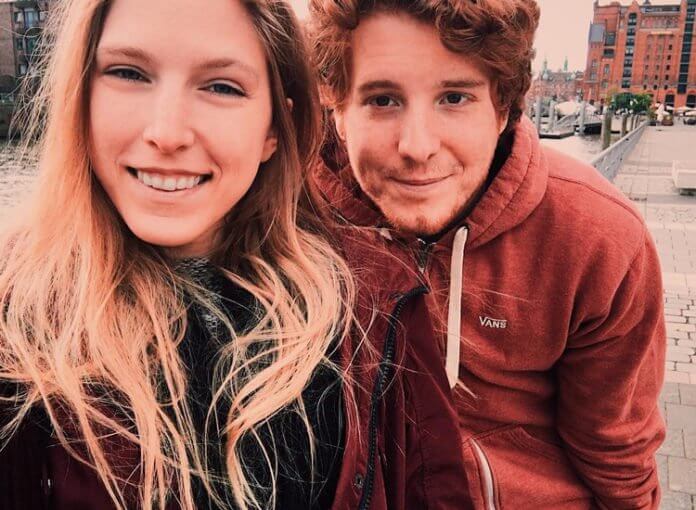 At the end of 2018, Simon Wiefels announced that he was emigrating to Portugal. So, together with his girlfriend Sabine, he moved to an apartment on the island of Madeira, where he still lives happily with Sabine and the rest of his family. Unge has already bought some real estate on Madeira and has mentioned in various streams that he has no plans to leave Madeira anytime soon.

Unge was nominated with his channel ungespielt at the Webvideopreis 2017 in the category "Best Live Stream", but could not prevail against the Marmeladenoma. Apart from the classic awards, he can look forward to a loyal and large YouTube community. He is considered to be a "bedrock" of the German streaming and creator scene and enjoys the respect of almost all major YouTubers. In addition to the nearly 4 million subscriptions on his channel and about 400,000 subscriptions on his portrait channel, 5 million people follow him on social media, making him one of the biggest influencers in the German-speaking world. His Reaction videos register millions of clicks every month and as of today, December 2020, he already has 1.5 billion video views on his main channel.

Unge is undoubtedly one of the wealthiest creators in the German-speaking world. Due to his streams and the resulting highlight videos, the vegan brings it to a monthly revenue of about 140,000 euros. In addition, he owns some real estate in Germany as well as on his home island Madeira, he always proves to have the right intuition when it comes to investments and was thus able to acquire a fortune of around 5 million euros. Due to the fact that his channels have been growing steadily for almost 9 years, it can be expected that this streak of success will continue for some time.