What is livestreaming and how do you become a streamer?

In this article you will learn everything about the exciting topic: Livestreaming!

In December 1952, the first German TV station went on air, paving the way for an unprecedented success story. Over the next 50 years, the medium of television was to become a major part of people's lives. By 1984 at the latest, when private broadcasters like RTL also wanted a piece of the huge pie and started broadcasting their own programs, the TV set made its way into a large part of German living rooms. An initially naïve plan developed into an industry that is now worth billions and has created thousands and thousands of jobs and new professions. But in recent years, in the course of the expansion of fast broadband Internet, a medium has emerged virtually out of nowhere that breaks the boundaries of traditional television and offers both consumers and creative entertainers unimagined possibilities: Livestreaming.

From hobby gamer to Internet star from your own four walls

No one really knows how to get your face on TV. As an actor? Presenter? Reality TV star and Z celebrity? No matter how you do it, getting there is certainly not easy. To entertain people with a livestream on the Internet, the effort is vanishingly small compared to the traditional TV method. In the meantime, you can even start a livestream with your smartphone and give yourself and your viewers a good time on the go. No camera crew, no production studio, no make-up - authenticity plays a major role in livestreaming, because in times of social media and the like, viewers are happy to see personalities with rough edges. People who simply enjoy what they do - even if the image is not 100% sharp and the room is not particularly well lit.

Livestreaming has developed rapidly in recent years. What took television many decades to achieve, the new Internet medium managed to do within a very short time. In the meantime, the relevant portals such as Twitch, YouTube or Facebook are putting on shows that no longer have to hide from big TV productions. Hundreds of new streamers join every day - from all age groups and walks of life. At the same time, livestreaming is also becoming increasingly popular among consumers, as evidenced by the gigantic growth in numbers over the past two years. 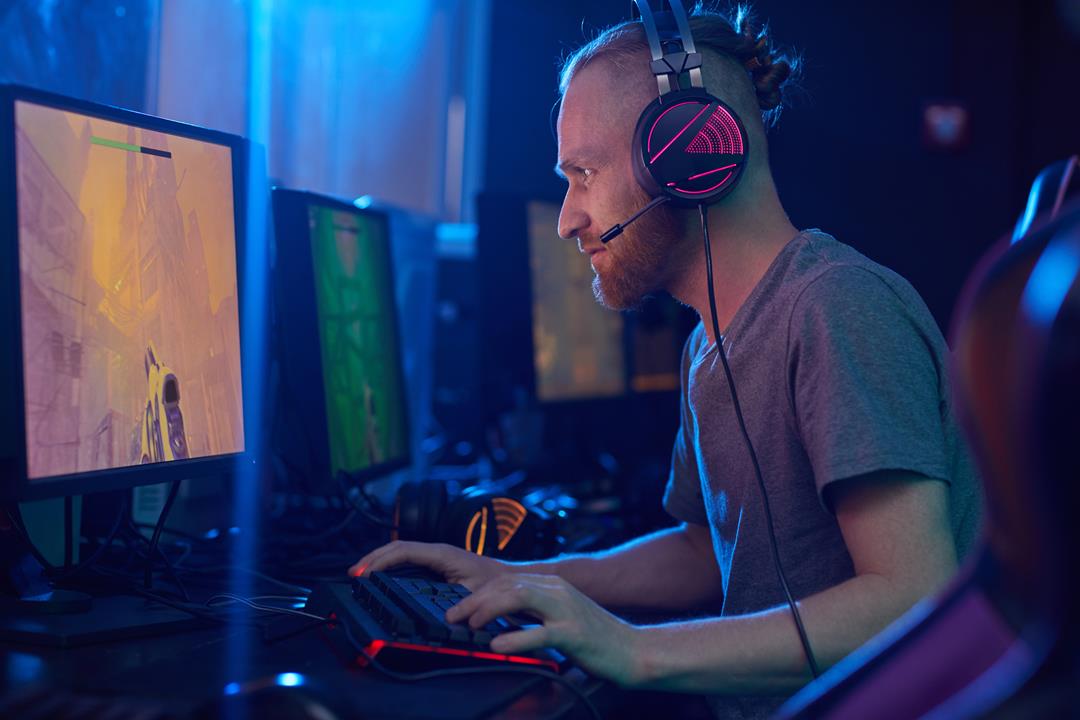 Livestreaming became an Internet phenomenon in 2007 with the launch of the platform justin.tv. Initially, everything was supposed to revolve around the topic of gaming. Streamers broadcast live how they played video games and commented on the action with the help of a headset or microphone. Livestreaming became increasingly popular, especially in the field of e-sports, a competitive form of gaming, because fans could look over the shoulders of their gamer idols in real time and learn a few techniques. But single-player games, which usually follow a stringent story similar to a movie, also became more popular. A new kind of entertainment was born!

Today, 14 years later, gaming still forms a large part of streaming, but because the medium is so popular and consumed by millions of viewers every day, new facets of livestreaming are opening up all the time. Whether you're filming and broadcasting how you paint a picture as an artist, pursue your work as a software developer, or take your followers on vacation with your smartphone - boundaries no longer exist. With the advancement of technology and the resulting understanding of new media, the barrier to entry for starting your own livestream could not be lower. The result is a pot with a gigantic mass of content that everyone can help themselves to as they please. You can stream whatever you like, and as a consumer, you stand a good chance of finding the topic that interests you on the relevant portals. In recent years, some methods have even emerged to earn money with streaming. The beauty of it is that this is done exclusively on a voluntary basis. So if you want, you can support your favorite streamer monetarily either on a regular monthly basis or with a one-time donation.

A new generation of superstars

Most streamers broadcast their content on the Internet to pursue their hobby and maybe even entertain a few people, but as in conventional film and television, there are a handful of creators in livestreaming who not only earn a living from streaming, but have also become veritable superstars.

The biggest of them is probably the US-American streamer Ninja. Now a multi-millionaire entrepreneur, Ninja regularly entertains tens of thousands of viewers with his stream on his Twitch channel. With increasing budgets and due to the popularity and the advertising deals that come with it, shows are constantly being created that are so professionally and thoughtfully produced that they can easily keep up with their big television counterparts. German streamer Jens "Knossi" Knosalla, for example, regularly breaks all viewer records on Twitch, even international ones, with his concept of "Camp" shows. This is a 3-day themed show in the style of the well-known reality TV shows. In Horror Camp, which took place in the fall of 2020, the participants, including platinum rapper Sido, entrenched themselves for 3 days in an abandoned hotel, which is supposedly haunted by ghosts, and broadcast the spectacle live on the Internet. In the process, they broke their own viewership record on Twitch, set just a few months earlier at fishing camp, with 330,000 viewers.

So where is the path heading? Even though the medium still feels like it's in its infancy - the possibilities are limitless. If you look at the growth of the last few years, the development of an entirely new industry and the range of livestreaming, you can quickly come to the conclusion that livestreaming will eventually completely trump traditional television and ultimately act as an innovator for the entire entertainment industry. Of course, the TV broadcasters are not immune to all of this.

It's not for nothing that you can already see how the boundaries are blurring when well-known streamers make appearances on TV and even have their own shows tailored to them. It seems like creative people sitting in their home rooms streaming live to the internet are the new pace setters when it comes to creating timely and entertaining content for viewers. The new era of entertainment is now. And so the master carpenter with his open and unembellished way of talking is becoming a viewer favorite, the unassuming cashier is becoming a creator, and the 18-year-old high school graduate is becoming the new star in the gaming sky. Livestreaming shows that outdated ideas of a slick presenter with a tie and collar are a thing of the past and that anyone can become an entertainer.

To learn more about streaming and Twitch, we would like to recommend our comprehensive Twitch guide.

The well-known creator Nilson1489_TV has also taken it upon himself to shed more light on the streaming universe. He regularly shares helpful tips & tricks on all streaming-related topics on his YouTube channel. So if you want to learn more about Twitch & Co., you should definitely pay a visit to his social media channels.

How to get more viewers on Twitch

How to get more viewers on Twitch

How to donate on twitch - everything you need to know!

How to donate on twitch - everything you need to know!