The emote and term Pog are used when the streamer has made a great move or has defeated a difficult enemy.

The emote Pog is not only used to express our admiration when a streamer performs a master move, but it can also be used to show surprise.

Gootecks made that face when he saw a camera trip over his tripod while recording an interview. 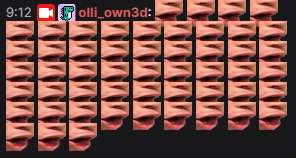 If we want to know the origin of the emote and term "Pog" we have to go back to the professional Street Fighter player, Ryan "Gootecks" Gutierrez. The emote became known thanks to the video "Pogs Championship: Gootecks vs. Mike Ross - Madcatz Promo", which Ryan uploaded to his YouTube channel, "Cross Counter TV", on October 26, 2011.

In another video, which was also uploaded on the same YouTube channel, but a month later, Ryan did have a unique facial expression due to a camera stumble. His reaction, exaggerated, shows his mouth and eyes with great surprise. In the Pog emote, the mouth has been zoomed in to capture and further emphasize the gesture.

This event was later immortalized in a Twitch emote such as the PogChamp which later gave rise to its Pog variant. You can see the specific moment in the following video:

There are other variants of the emote like Poggers (with Pepe the Frog as protagonist) and PogU, where we see Gootecks from a frontal perspective.

How is Pog Pronounced?

The pronunciation is very simple: “Pog”

The Pog emote is used when we want to express surprise or when we want to react to a big streamer play. It shows a zoom to the mouth of the already known PogChamp emote. Pog means “Play of the game”.