In this article you will learn everything you ever wanted to know about the streamer "NICKMERCS" - have fun!

NICKMERCS (*21.11.1990 in Michigan), real name Nicholas Kolcheff, is an American Twitch streamer and YouTuber. He also pursued gaming professionally towards the end of the 2000s, making a name for himself in Gears of War and Halo. He became most famous after setting a new record with the most squad kills in a match in Fortnite. NICKMERCS is a member of the esports organization FaZe and a former member of 100 Thieves. He likes to measure himself against his fellow competitors, which is also the reason why he almost exclusively plays competitive shooters on Twitch during livestreams. 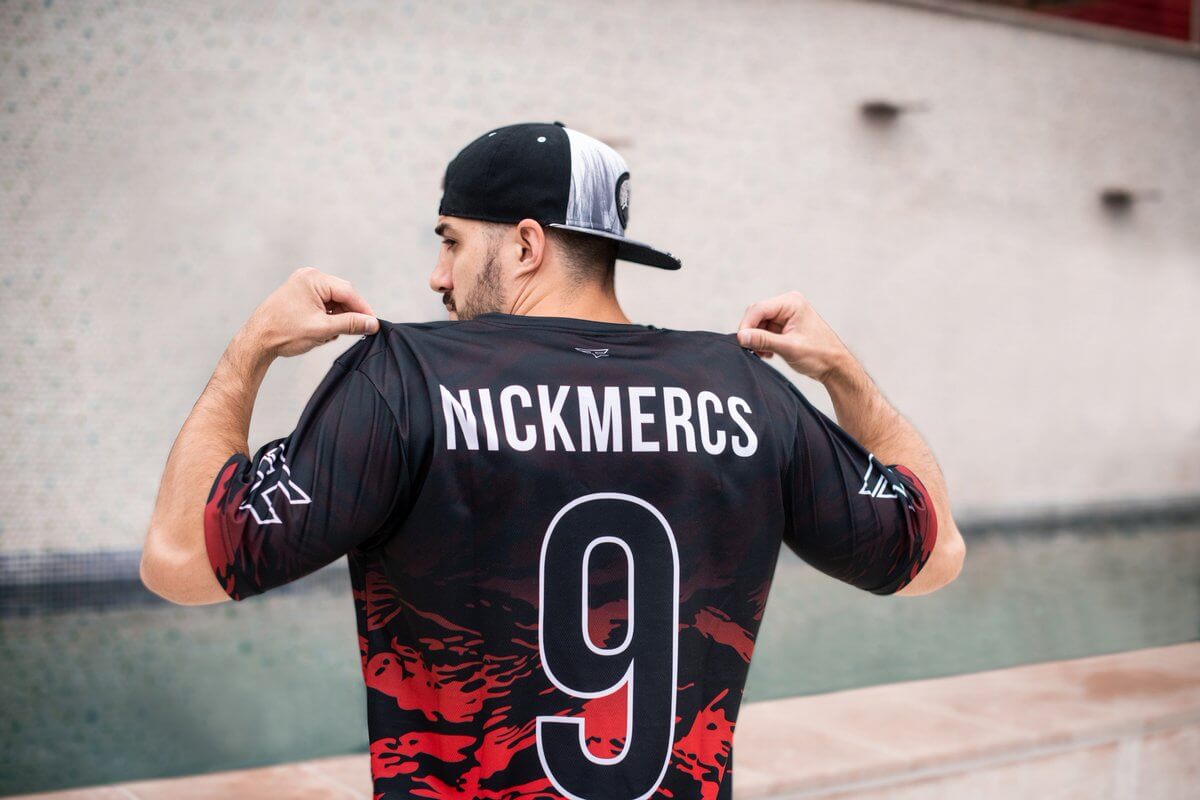 Most of the content NICKMERCS produces is created live on Twitch. There he plays games like CoD: Warzone, Fortnite or Apex Legends 3-5 times a week. With an average viewership of about 40,000 and 5 million followers, NICKMERCS joins the ranks of the most famous and successful content creators on Twitch. His streams usually last about 5 hours, during which he steadily gains more followers - an average of 6,000 per stream. He is known for his aggressive style of play and for wanting to win at all costs. 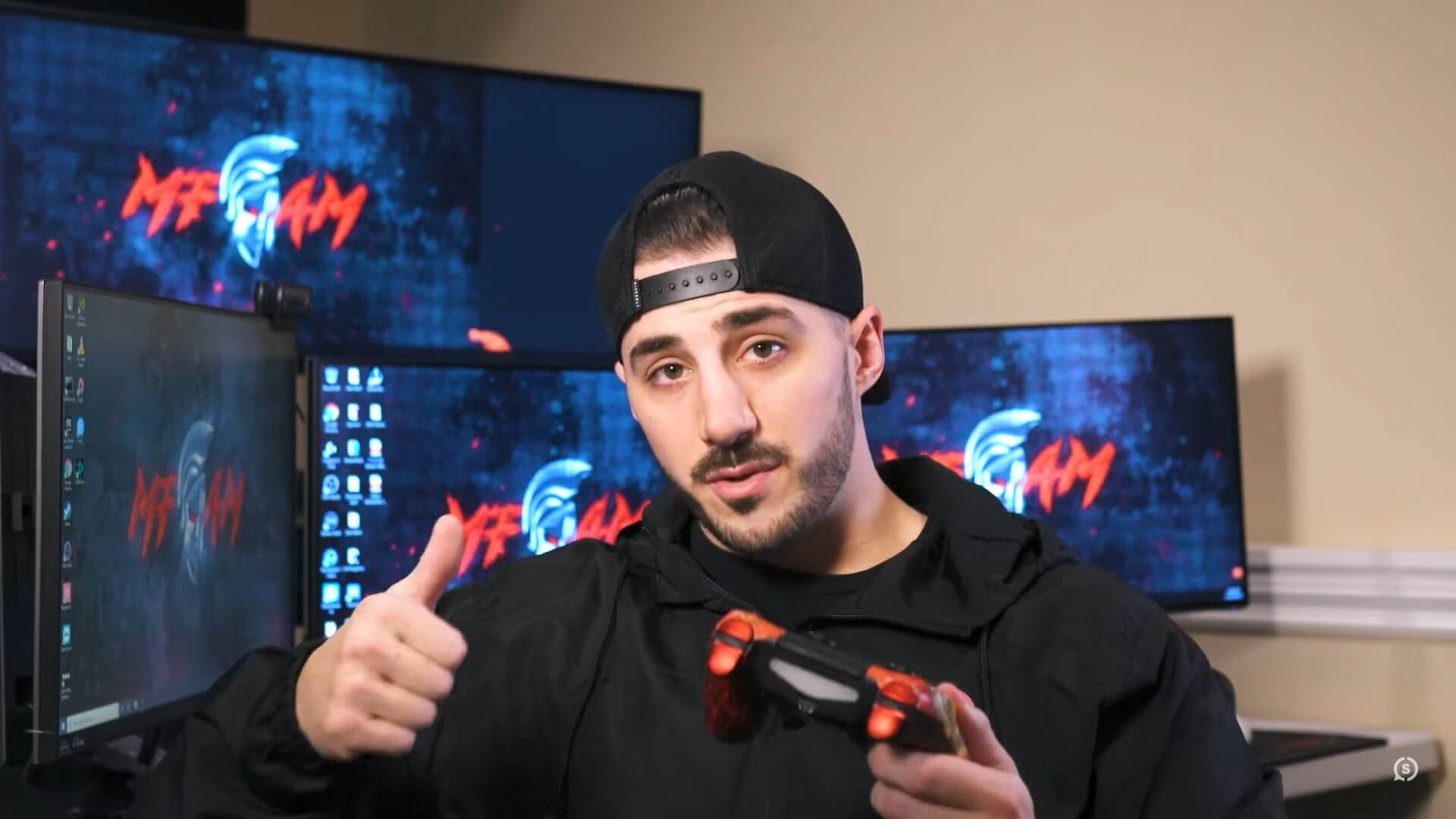 If you look at his YouTube channel, it quickly becomes clear that it consists mostly of highlights from his streams. For viewers who don't have time for a five-hour stream and just want to see what the content is like, this is an ideal way to catch up on the best in summary and with well-edited pacing. Rarely can you find vlogs or videos on other topics on his channel, because basically it's primarily about gaming. The videos are on average 20 minutes long and have about 1-2 million clicks depending on the topic and explosiveness.

Like many other creators, NICKMERCS also collaborates with other streamers or YouTubers to increase his own reach. He has already collaborated with numerous greats of the scene, - includingNinja, Tfue, Nadeshot or Ghost Aydan.

NICKMERCS streaming setup - What hardware does NICKMERCS use?

Nick Kolcheff began to be passionate about video games at an early age, but his parents were strictly against it, so much so that they even destroyed Nick's Xbox so he couldn't play anymore. But the dream of gaming was big and he still managed to get access to different video games on various platforms.

He eventually gained notoriety as a professional Gears of War player in the late 2000s. In this Xbox-exclusive title, he managed to win a whole three Major League Gaming Championships. Before becoming a Call of Duty pro, he also tried his hand at Halo. He is considered a shooter lover and has always proven his skill as a competitive gamer in various games of this genre. Kolcheff created his Justin.tv, later Twitch channel in 2010 and with his success as a Gears of War pro, he quickly built a solid and ever-growing community.

The following year, he created a YouTube channel where he uploaded videos of his Call of Duty matches. Five years later, he became a founding member of the well-known esports organization 100 Thieves and eventually moved to California in 2017, where the organization's headquarters are located. In his streams, NICKMERCS focused mainly on Fortnite from 2017 to 2019, which was his breakthrough as a streamer. He broke several world records in the popular Battle Royale shooter and is still considered one of the best-known and best Fortnite players on Twitch. 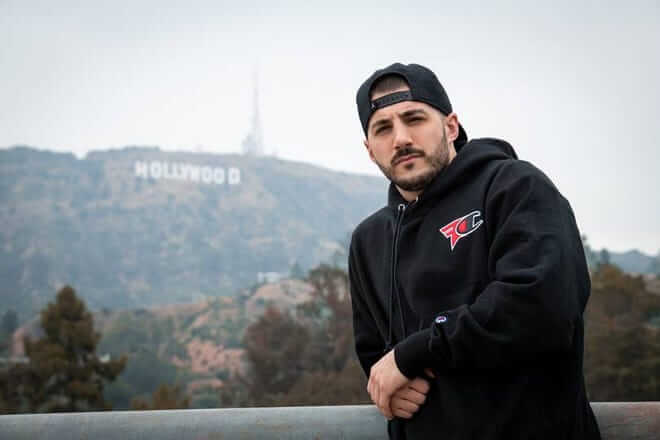 Due to disputes regarding his ongoing contract with 100 Thieves, the big clash occurred in 2019 and both sides decided it was better to go their separate ways from now on. Nick moved back to his hometown of Michigan and shortly after joined the FaZe Clan organization. He is still the figurehead there today, having extended his contract for another 3 years at the end of 2020. In his private life, too, everything seems to fit for NICKMERCS. He is happily married to Emumita Bonita, whom he proposed to during a livestream.

In December 2020, Nick swept the "Best Live Streamer" award at the Streamy Awards. In this category he was nominated along with the biggest streamers in the world, -Ninja, Pokimane, Shroud & Typical Gamer. The Streamy Awards, or the Streamys are awards that have been held since 2009, where the best content produced for the Internet is chosen. In addition to the streaming and vlog categories, the awards also honor directors, actors and films, and series. He was also nominated at the Game Awards and the Shorty Awards in the same year, but was beaten by strong competition there. 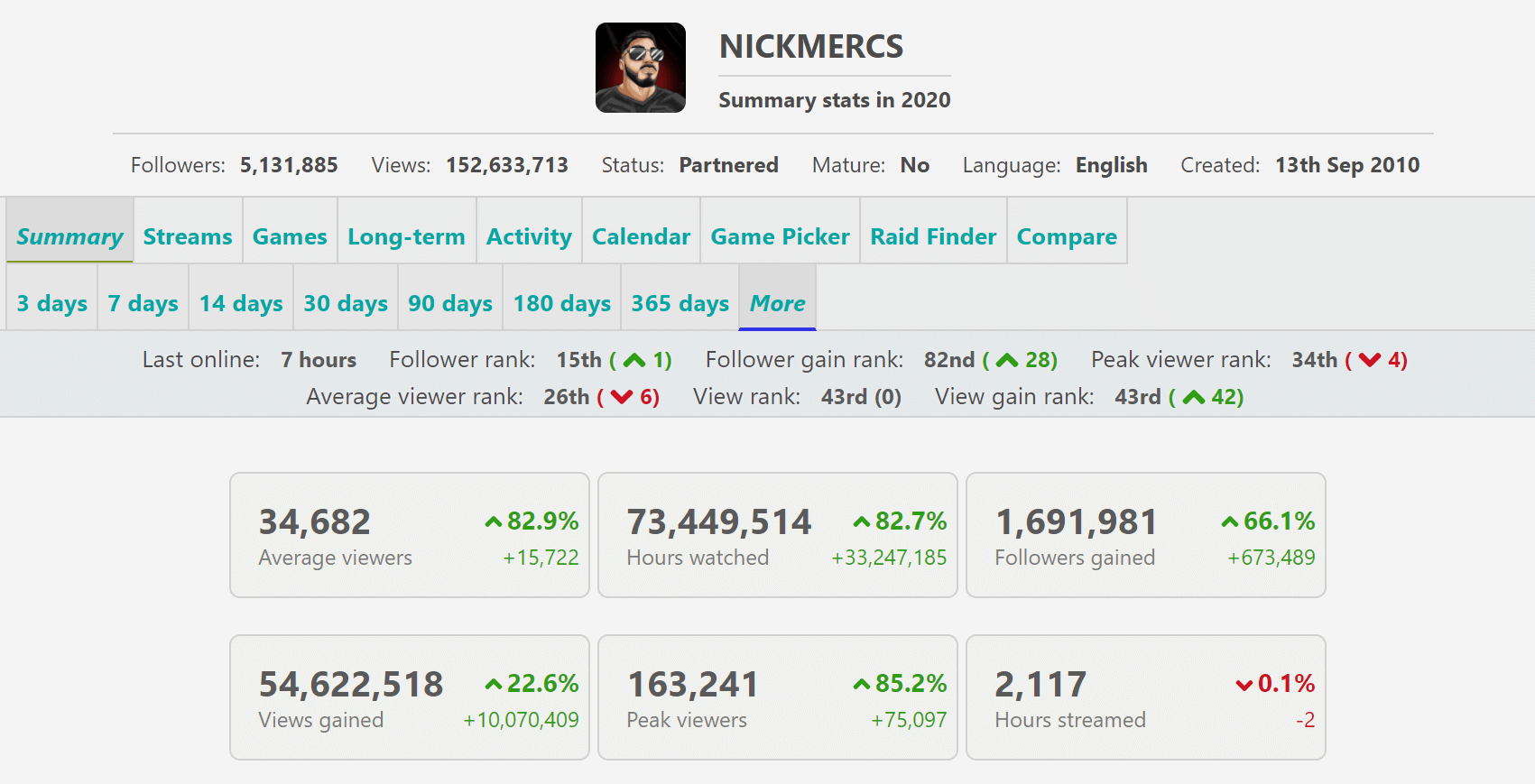 In any case, Nick was one of the most successful streamers in 2020. On average, 35,000 people watch his streams at the same time and his watchtime almost doubled with an increase of 33,247,185 hours compared to the previous year. On August 07, 2020, he even recorded a viewership of 112,195 during a livestream. The game NICKMERCS plays the most is Call of Duty: Warzone, with 1436 streaming hours and a big gap to Fortnite with 512 streaming hours. The free-to-play Battle Royale shooter seems to have finally replaced its once beloved and formative Fortnite. 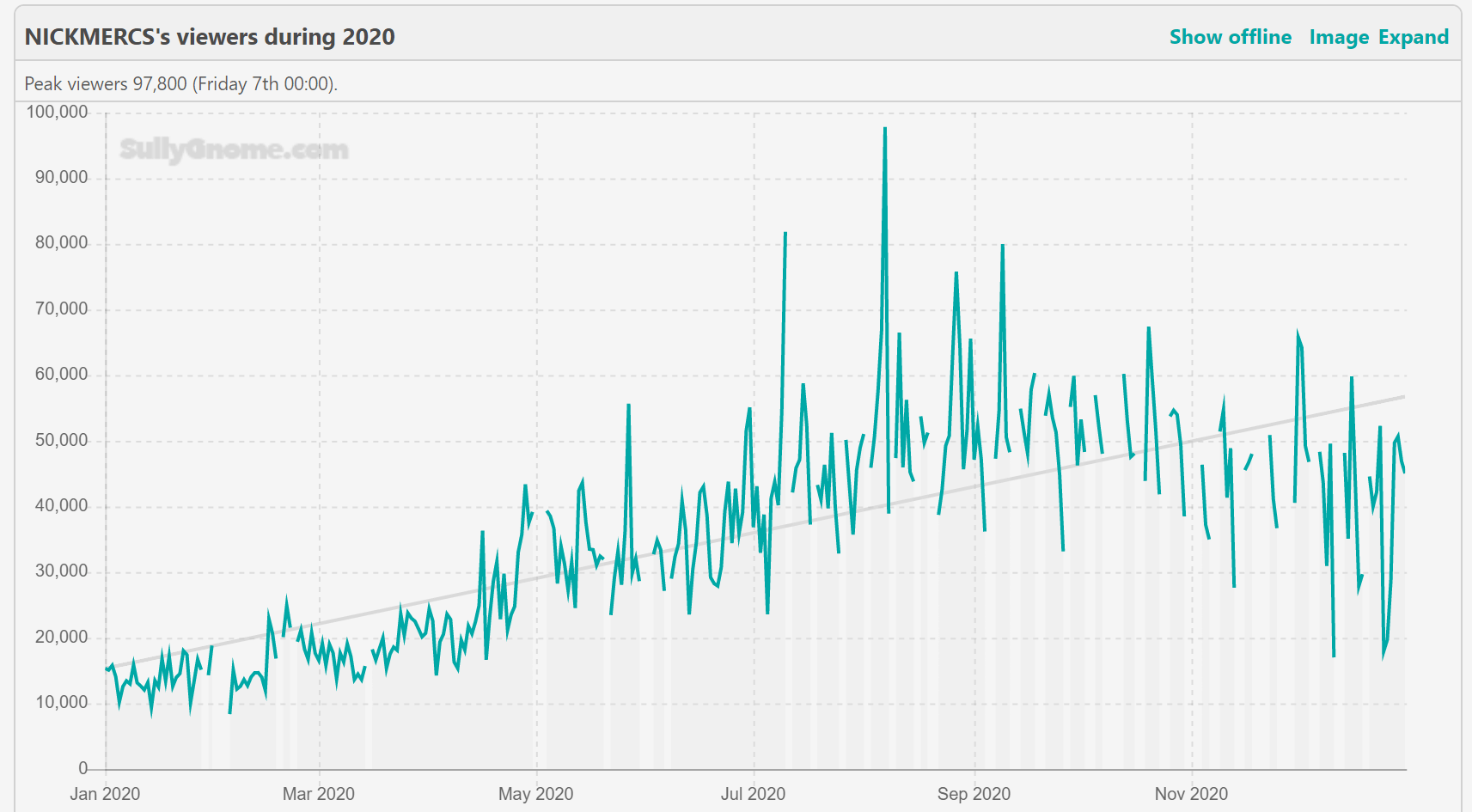 Nick Kolcheff's net worth was estimated to be around $4 million by online platform Naibuzz in February 2020. However, that was just before he had his most successful year as a content creator online. If you take the 2020 figures and extrapolate them to 2020 as a whole, you're likely to come up with a much higher total. With nearly 60,000 subs, he earns about $150,000 a month from livestreaming on Twitch alone, which equates to an annual salary of about $1.8 million - and the trend is fluctuating.